NEW DELHI: The raging political row over the Rafale deal escalated further today with the Congress dismissing as “manufactured lies” claims by the CEO of French plane-maker Dassault Aviation that there was no wrongdoing in the contract and Rahul Gandhi firing a fresh salvo at PM Narendra Modi over it. 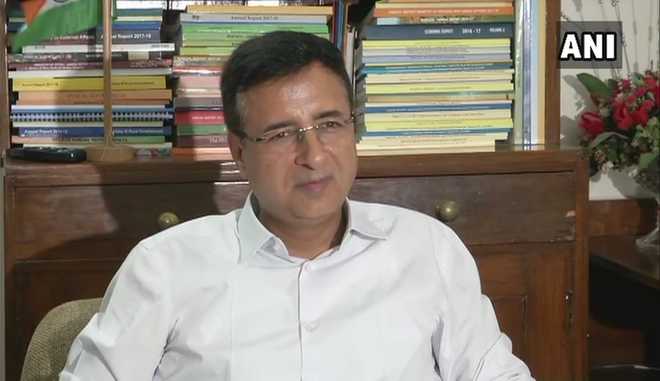 The raging political row over the Rafale deal escalated further today with the Congress dismissing as “manufactured lies” claims by the CEO of French plane-maker Dassault Aviation that there was no wrongdoing in the contract and Rahul Gandhi firing a fresh salvo at PM Narendra Modi over it.

His Cabinet colleague Ravi Shankar Prasad said Trappier’s claims had in fact “exposed all the lies” of Gandhi whose behaviour, he alleged, had become increasingly irresponsible and oblivious to India’s security needs.

Surjewala said the nation needs a “fair investigation” and not “doctored explanations” on the fighter jet deal, referring to comments by Trappier during a media interview that there was no corruption in the deal, as alleged by the Opposition party.

Trappier’s interview came a day before the Supreme Court is scheduled to examine the government’s submission on the decision-making process and pricing details relating to the deal.

Congress spokesperson Manish Tewari alleged the government, through its affidavit in apex court, was trying to “conceal more than it reveals”. “Both former French President and the CEO of Dassault are from France. Let people judge who is lying and who is telling the truth,” said Tewari wondering if Dassault CEO had nothing to hide why was he resistant to declaring the price at which Rafale jets were negotiated during the Congress led UPA regime and the price at which the BJP-led NDA government finally paid for each aircraft. “You cannot say you are not lying when you have not even declared the price of the aircraft,” Tewari said.

On its Twitter handle, the party said: “The government’s submission to Supreme Court on the Rafale scam makes it clear they did not take the basic steps fundamental to defence procurement. PM Modi’s corruption is crystal clear.”

The Centre on Monday informed the SC that the Defence Procurement Procedure as laid out by the UPA in 2013 was “completely followed” in procuring 36 jets from France and the deal was subsequently approved by the Cabinet Committee on Security. — TNS/PTI

PM has admitted to theft: Rahul

Modi ji has admitted to his theft in the Supreme Court. In the affidavit, he admitted to changes in the contract without asking the Air Force and put Rs 30,000 crore in Ambani’s pocket. —Rahul Gandhi, Congress President on twitter