Ensuring nobody is left out, polling staff to walk a day for lone voter

ITANAGAR: Election personnel will hike through the rugged and difficult terrain of an Arunachal Pradesh district bordering China for a day to ensure that the lone voter of a polling station can exercise her franchise. 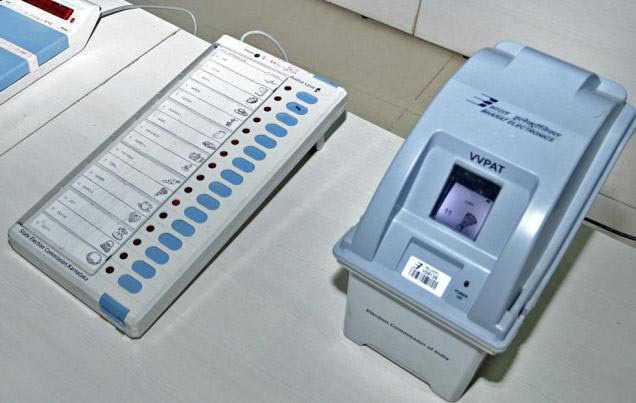 The Assembly and Lok Sabha elections are being held simultaneously in Arunachal Pradesh.

Election personnel will hike through the rugged and difficult terrain of an Arunachal Pradesh district bordering China for a day to ensure that the lone voter of a polling station can exercise her franchise.

Sokela Tayang lives with her children in Malogam, around 39 kilometres from Anjaw district headquarter Hayuliang. The area falls under Hayuliang Assembly constituency.

According to sources, very few families reside in Malogam and all the voters, except 39-year-old Sokela, are registered in other polling stations.

"The polling station had two voters during the 2014 elections. Now, for some reasons, Sokela's husband Janelum Tayang has transferred his name to another polling booth under the same constituency," sources at the state Chief Electoral Officer's (CEO) office here said.

"They may have to be in the booth from 7 am to 5 pm on the polling day. We don't know when she will come. One cannot be forced to cast his or her vote early," Koyu said.

The Assembly and Lok Sabha elections are being held simultaneously in Arunachal Pradesh. A total of 7.94 lakh voters, including four lakh women, are eligible to exercise their franchise on on April 11.

This time, 11 polling stations have been set up in the state exclusively for female voters.

The northeastern state has several polling stations where the number of voters is very low. One of them is Lamta polling booth under the Pakke-Kessang Assembly constituency which has only six voters.

One booth in Naharalagun under Itanagar Assembly constituency has the highest 1,340 voters.

The state has 518 remote booths where polling parties have to reach on foot covering a distance between 30-50 kilometres which may take even three days, a source said.