NEW DELHI: Facebook on Monday said it has removed 687 pages and accounts linked to individuals associated with an IT Cell of the Congress as it cracks down on fake accounts. 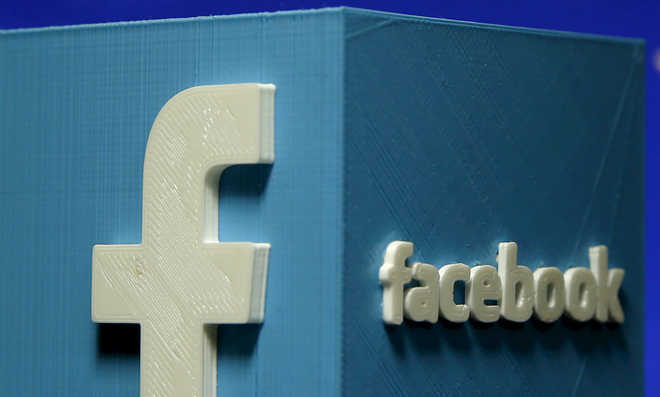 The Congress claimed all pages run by its verified volunteers are unaffected.

Social media giant Facebook Monday said it has removed 687 pages and accounts linked to individuals associated with an IT Cell of the Congress Party as it cracks down on fake accounts and spam.

These accounts, it said, were part of a coordinated networks and were removed not based on content or fake news but for “inauthentic behaviour” and for pushing spam.

Reacting to Facebook action, the Congress tweeted: "This is to clarify no official pages run by INC have been taken down. Additionally, all pages run by our verified volunteers are also unaffected. In the mean time, we are awaiting a response from Facebook to provide us a list of all pages/accounts that they have taken down."

This is to clarify no official pages run by INC have been taken down. Additionally, all pages run by our verified volunteers are also unaffected.

In the mean time, we are awaiting a response from Facebook to provide us a list of all pages/accounts that they have taken down.

Besides, Facebook has also removed 103 pages, groups and accounts on its platform and Instagram for engaging in similar behaviour as part of a network that originated in Pakistan.

Facebook Head of Cybersecurity Policy Nathaniel Gleicher told reporters that Facebook has removed 687 Facebook Pages and accounts — the majority of which had already been detected and suspended by its automated systems — that engaged in “coordinated inauthentic behaviour” in India and were linked to individuals associated with an IT cell of the Indian National Congress (INC).

“When we remove one of these networks, the reason we remove them is because of their coordinated inauthentic behaviour, that they are using network of fake accounts to conceal their identity....to mislead who’s behind them. That’s the basic reason for removal,” he told reporters.

Facebook, which has been facing flak globally for instances of user data breach, has been ramping up efforts to ensure that its platforms (that includes WhatsApp and Instagram) aren’t misused to spread misinformation, especially ahead of polls in India.

It has recently started providing details of political ads on its platform in a bid to enhance transparency. It is also strengthening its team of fact checkers and deploying technology tools to flag fake news.

With ensuing general elections, the Indian government had warned social media platforms of strong action if any attempt was made to influence the country’s electoral process through undesirable means.

Talking about the steps taken post the removal, Gleicher said: “We have reached out to the INC to educate them about what we have seen and answer questions they have. We have also reached out to policy makers and government to ensure that they understand the types of behaviour we are seeing and what we are learning”.

He explained that the page admins and account owners typically posted about local news and political issues, including topics like the upcoming elections, candidate views, the INC and criticism of political opponents, including the Bharatiya Janata Party (BJP).

“While the people behind this activity attempted to conceal their identities, our review found that it was connected to individuals associated with an INC IT cell,” Gleicher said.

In a blog post, Facebook — which has over 200 million users in India — said the pages and accounts removed had spent around USD 39,000 for ads on Facebook, paid for in Indian rupees. The first ad ran in August 2014 and the most recent ad ran in March 2019.

Separately, Facebook has also removed 15 pages, groups and accounts for engaging in “coordinated inauthentic behaviour” on Facebook and Instagram that were linked to individuals associated with an Indian IT firm, Silver Touch.

Referring to the removal of pages linked to a network that originated in Pakistan, Gleicher said the individuals behind this activity used fake accounts to operate military fan pages, general Pakistani interest pages, Kashmir community pages, and hobby and news pages.

“They also frequently posted about local and political news including topics like the Indian government, political leaders and military. Although the people behind this activity attempted to conceal their identities, our investigation found that it was linked to employees of the ISPR (Inter-Service Public Relations) of the Pakistani military,” he added.

This network spent about USD 1,100 for ads on Facebook that was paid for in US dollars and Pakistani rupees. The first ad ran in May 2015 and the most recent ad ran in December 2018.

In addition, the US-based company has removed 227 pages and 94 accounts in India for violating its policies against spam and misrepresentation.

“These pages and accounts were engaging in behaviour that expressly violate our policies. This included using fake accounts or multiple accounts with the same names, impersonating someone else, posting links to malware, and posting massive amounts of content across a network of Groups and pages in order to drive traffic to websites they are affiliated with in order to make money,” Gleicher said.

He added that unlike the takedowns for coordinated inauthentic behaviour, this activity was not part of one coordinated operation. PTI