PARIS: Putting Pakistan on notice, the international terror financing watchdog FATF on Friday warned it will be blacklisted if it does not control terror funding by February next, voicing serious concern over that country’s failure to deliver on most of its 27 targets. 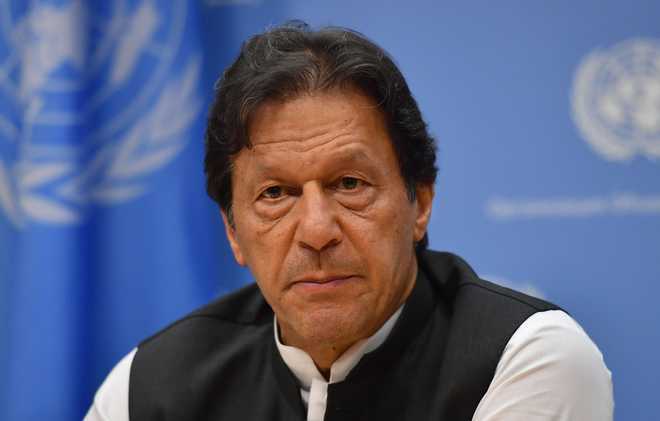 Putting Pakistan on notice, the international terror financing watchdog FATF on Friday warned it will be blacklisted if it does not control terror funding by February next, voicing serious concern over that country’s failure to deliver on most of its 27 targets.

The Paris-based Financial Action Task Force (FATF) gave the warning to Pakistan at its five-day plenary which concluded here on Friday while deciding to again put the country on the ‘Grey List’.

By making this decision on Pakistan public, the FATF has given notice to the global financial institutions that they need to prepare to red flag the jurisdiction and ready their systems in February 2020 if the country falters in meeting the targets.

“It was again decided by consensus that FATF would retain Pakistan on the Grey List and warn Pakistan that if it did not complete its full Action Plan and show significant and sustainable progress action will be taken,” said an official privy to the development said.

Since Pakistan continues to be on the FATF ‘Grey List’, it would be very difficult for the country to get financial aid from the IMF, the World Bank, ADB and the European Union. There is also the risk of reduction in rating by Moody’s, S&P and Fitch, making Pakistan’s financial condition more precarious.

According to an FATF statement, the FATF plenary noted that Pakistan addressed only five out of the 27 tasks given to it in controlling funding to terror groups like the Lashkar-e-Toiba, Jaish-e-Mohammad and Hizbul Mujahideen, responsible for a series of attacks in India.

The FATF said it strongly urges Pakistan to swiftly complete its full action plan by February 2020.

“Otherwise, should significant and sustainable progress not be made across the full range of its action plan by the next plenary, the FATF will take action, which could include the FATF calling on its members and urging all jurisdictions to advise their Financial Institutions to give special attention to business relations and transactions with Pakistan,” the global body said in the statement.

Such action could include calling upon global financial institutions to give special attention to business relations and transactions with Pakistan. This language is the same as used for Iran, which is already in the blacklist category.

The FATF blacklist is a shorthand descriptor for the ‘Enhanced Expedited Follow Up (EEFU) list, since it is the last rung of a 4 step rating. Similarly, the FATF ‘Grey List’ refers to gradings of Non-Cooperative Countries or Territories (NCCT).

Interestingly, FATF President Xiangmin Liu, who is from China—Pakistan’s “all weather friend”—also referred to Islamabad’s “deficiencies in its anti-money laundering and countering the financing of terrorism system”.

The global watchdog said all deadlines for Pakistan in the action plan have now expired.

“To date, Pakistan has only largely addressed five of 27 action items, with varying levels of progress made on the rest of the action plan,” the FATF statement said.

Pakistan was placed on the Grey List by the FATF in June last year and was given a plan of action to complete it by October 2019, or face the risk of being placed on the blacklist with Iran and North Korea.

In light of the additional fact of Pakistan’s poor performance on its mutual evaluation, chances of Pakistan exiting the Grey List in the next few years are now reduced to nil and the possibility of a formal blacklisting in February 2020 is highly probable, another official said.

The FATF said Pakistan must demonstrate effective implementation of targeted financial sanctions against all UN 1267 and 1373 designated terrorists like LeT founder Hafiz Saeed, JeM founder Maulana Masood Azhar, and and those acting for or on their behalf.

Islamabad also must demonstrate that its authorities are identifying cash couriers and enforcing controls on illicit movement of currency, improving inter-agency coordination including between provincial and federal authorities on combating terror financing risks, it said.

The FATF is an inter-governmental body established in 1989 to combat money laundering, terrorist financing and other related threats to the integrity of the international financial system.

During the FATF meeting, several countries voiced concern on Pakistan’s failure to do enough to contain terror funding on its soil.

According to officials, a key point made by these countries is the absence of a proper understanding in Pakistan of “transnational risk”—risk posed to neighbouring and other nations by designated terrorist organisations based in Pakistan.

India is a member of the FATF consultations and its Asia Pacific Group and was represented in the Plenary by a team of officials from the ministries of Home, External Affairs and Finance. PTI