NEW DELHI: A fire broke out in the parking lot at Mori Gate on Monday, said an officer from the Delhi Fire Service. 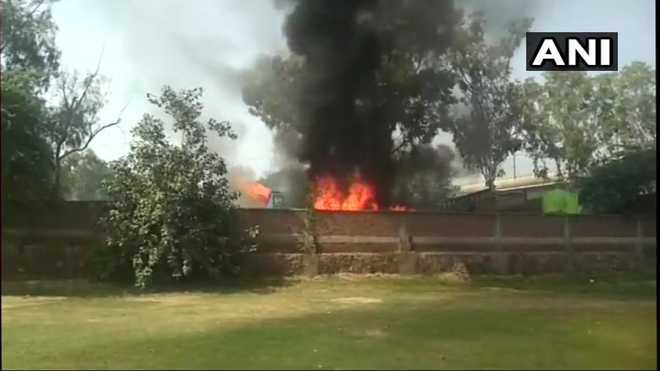 Fire breaks out at a bus parking at Mori Gate; fire tenders rushed to the spot. — ANI.

A fire broke out in the parking lot at Mori Gate on Monday, said an officer from the Delhi Fire Service.

No casualties were reported, he said.

A call was received about the fire at 10.30 am and three fire tenders were rushed to the spot, he said, adding the fire was doused by 10.55 am.

A bus and a car in the Mori Gate parking area behind the Tis Hazari Court had caught fire, the officer said. — PTI.