GMAT to be 30 minutes shorter from April 16

NEW DELHI: Candidates vying for admission into premiere business schools across the globe will now have to appear for a 30-minute shorter Graduate Management Admission Test, a senior GMAC official said here on Wednesday. 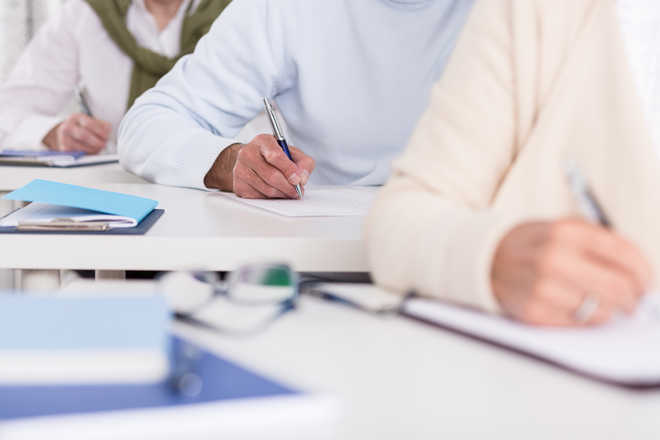 The duration of exam will be reduced from four hours to three-and-a-half hours.

Candidates vying for admission into premiere business schools across the globe will now have to appear for a 30-minute shorter Graduate Management Admission Test, a senior GMAC official said here on Wednesday.

The decision to reduce the duration from four hours to three-and-a-half hours was taken by the Graduate Management Admission Council (GMAC), the owner of the GMAT, without disturbing the quality and scoring algorithm of the exam.

The candidates will be able to take the shorter exam from April 16.

"We believe candidates will have less anxiety and feel better prepared, which can contribute to a better reflection of their true performance on the exam," Vineet Chhabra, senior director of product management for GMAC, said.

"Through our ongoing market feedback and operational reviews, we were able to identify this opportunity to shorten the exam, without changing its reliability," he added.

The exam duration has been shortened by streamlining two longer sections -- Quantitative and Verbal Reasoning -- reducing the number of unscored, research questions in these sections.

"Several tutorial and instruction screens that test-takers see at the test centre have also been simplified. There are no changes to the exam's Analytical Writing or Integrated Reasoning sections. The way the GMAT exam is scored, the content of the exam, the question types and the average time per question are not changing," Chhabra said.

"This change will not affect GMAT exam scoring as the number of scored questions will not change. The scoring algorithm will be the same, the total score and individual quant and verbal section scores will be comparable to the exams taken prior to this change," he added.