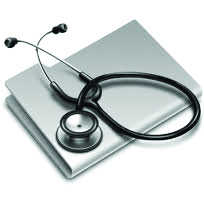 The Health Ministry has moved a Cabinet note on the Bill seeking to replace apex medical education regulator Medical Council of India (MCI) with a new and transparent body, the National Medical Commission (NMC).

The note was moved this Wednesday after a Group of Ministers (GoM) headed by Finance Minister Arun Jaitley approved the draft Bill enabling forward movement in the area of medical education reform which began last year with the introduction of National Eligibility-cum-Entrance Test (NEET) for undergraduate and postgraduate admissions.

The National Medical Commission (NMC) Bill, 2017, sent for inter-ministerial consultations now, seeks to subsume the MCI in the commission which will have four autonomous boards tasked with conducting undergraduate and postgraduate education, assessing and rating medical institutions, registering practitioners and enforcing medical ethics.

A revolutionary aspect of this Bill is an exit examination which all MBBS graduates will have to clear to get practicing licences. Called the National Licentiate Examination, it will be compulsory for medical graduates to clear for the purpose of grant of licence to practice and enrolment in Medical Register(s). The idea is to test the quality of the medical graduate.

This exam will also be used as NEET for postgraduate admissions, once the law takes force. As of today, CBSE conducts NEET UG and NEET PG for the purpose of medical admissions.

The new Bill contains an important diversion (from the original draft a NITI Aayog expert panel prepared earlier this year) the GoM is learnt to have allowed in respect of the manner of selection of NMC members.

The original NMC Bill which a NITI Aayog committee headed by its vice-chairman Arvind Panagariya drafted, argued against elections to pick members of the commission. This argument was in sync with the 92nd report of the Parliamentary Standing Committee on Health, which, while recommending the scrapping of MCI, castigated the MCI for electing its members. The committee said: “MCI system where the regulated elect the regulators is flawed.”

The new NMC Bill cleared by the GoM is learnt to have proposed an increase in the strength of commission members from 19 (originally suggested by NITI Aayog) to 29. The new Bill then says nine of the 29 NMC members can come through an election and the rest will be selected.

This change, sources said, followed overwhelming opinion in favour of some elected component in the NMC.

The Bill seeks to replace the Indian Medical Council Act, 1956, after the parliamentary committee on health concluded that the MCI had become a corrupt body and had failed to fulfil its mandate. It was originally drafted by a committee set up by PM Narendra Modi and comprising PK Mishra, Additional Principal Secretary to the PM; Amitabh Kant, NITI Aayog CEO; and BP Sharma, then Health Secretary. The PM had referred the Bill to a GoM for broader consultations in one of the Cabinet meetings earlier this year.

Exit exam for MBBS grads to get licence