JALANDHAR:City-based Pushpa Gujral Nari Niketan Trust has been found to have given children listed as missing with the police up for adoption by allegedly misrepresenting facts to the Central Adoption Resource Agency (CARA). 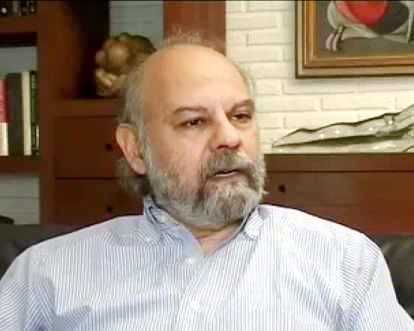 City-based Pushpa Gujral Nari Niketan Trust has been found to have given children listed as missing with the police up for adoption by allegedly misrepresenting facts to the Central Adoption Resource Agency (CARA).

The Trust, an adoption agency, was founded by Avatar Narain Gujral and Pushpa Gujral with their son, former Prime Minister IK Gujral, as patron. It is now managed by its president Naresh Gujral, Rajya Sabha MP of the Shiromani Akali Dal. Business tycoons from the region are among the trustees.

The Tribune had filed an RTI query with the District Legal Services Authority to know about the status of missing children in Jalandhar district. Rana Kanwardeep, Civil Judge (Senior Division) and Secretary, District Legal Services Authority, during her visits to Shishu Griha, an orphanage run by the Trust, pointed out violations of the adoption procedure prescribed under the Juvenile Justice (Care and Protection of Child) Act, 2000.

A scrutiny of the adoption dossier by the Civil Judge revealed major procedural lapses. The Trust authorities were found to have shot off letters to the SSP within 24 hours of receiving a child through various agencies, including the child helpline, to get him/her declared legally free for adoption.

When contacted, Sandeep Sharma, Deputy Commissioner of Police, denied that the Jalandhar Commissionerate had issued any no-objection certificate to the Trust pertaining to the adoption of these children. "While the letter number mentioned in Shubhpreet's case appears to be a memo number of an application, the other two do not figure in our official records at all," Sharma said.

The Trust shares its premises with Childline India Foundation (CIF), that operates a national helpline number '1098'. Among those reportedly given up for adoption have been 'missing' children rescued through this helpline. The CIF was appointed a nodal agency by the Ministry of Social Justice and Empowerment in 1998 to initiate and sustain the helpline across the country.

The role of the CWC is also under scanner. It allegedly changed the status of 'missing' children to 'abandoned' without seeking a valid police clearance certificate. But Kanchan Chawla, CWC chairperson, insists that the committee had mentioned only the facts forwarded by the Trust authorities.

"I do not have the jurisdiction to change the status of a 'missing' child. I have simply jotted down what the Nari Niketan Trust mentioned in the record of the child brought up for adoption," she said, while pointing out that it was the Trust's job to get a police clearance certificate for 'missing' children before applying to the CWC for clearance for adoption. The Trust is reported to have given more than 300 children up for adoption in the past few years.

Deputy Commissioner KK Yadav said it seemed that the Trust had misrepresented facts and that he would get an inquiry initiated in the matter.

We asked Congress to target terror, they targeted Modi: PM in Gujarat