CHANDIGARH: The Tribune Trust has appointed noted journalist Dr. Harish Khare as the new Editor-in-Chief of The Tribune Group of Publications. 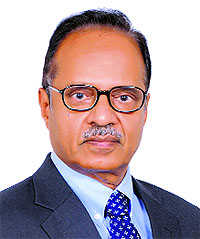 The Tribune Trust has appointed noted journalist Dr. Harish Khare as the new Editor-in-Chief of The Tribune Group of Publications. He will take over on June 1, 2015, from Raj Chengappa, who has been heading The Tribune since 2010 and has recently been appointed Group Editorial Director (Publishing) of the India Today Group.

Dr. Khare has more than three decades of experience as a reporter, commentator, public policy analyst, and academic researcher. He has worked for The Hindu, The Times of India, and The Hindustan Times. He has also written for various other Indian and foreign publications.

Harish Khare has a Ph.D in Political Science from Yale University, USA. He recently published a book on the 2014 Lok Sabha elections, How Modi Won It — Notes From the 2014 Election. —TNS