He predicted calamity in 2013, now looks at future

In 2013, after the Uttarakhand disaster, I wrote an article in Malayalam explaining how disasters are cyclical and often impact people who are least prepared for it. 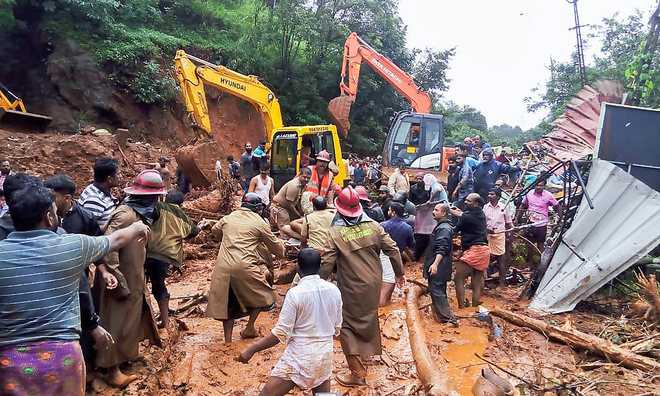 In 2013, after the Uttarakhand disaster, I wrote an article in Malayalam explaining how disasters are cyclical and often impact people who are least prepared for it. It read as follows:

“An astounding quantity of water rushes through the rivers at once during floods. It could raise water levels to unprecedented heights, and impact places far away. But such floods are rare and happen only after a gap of 50 or 100 years. That exactly is the problem too. With the passing of generations, people forget how far the river will swell, but nature never forgets. Even after decades or centuries, the river reclaims its natural boundaries. But by that time, humans may have built a resort or a hotel there, and all of that will be destroyed. Remember the ‘Great Flood’ in July 1924. Most parts of Kerala — then two separate kingdoms — went under water. But most people have forgotten it. After the dams were built in Idukki, people are vying to build ‘beautiful’ houses on the banks of the Periyar.

“During the last 50 years, it is in those parts that were submerged that we have built establishments ranging from pesticides factories to airports as part of our ‘development’. Statistically, it is a certain fact that such rains will occur again, and these places will also be submerged again. So, before we build more flats or supermarkets, it would be wise to check whether such places were submerged in floods earlier.

“There is a general understanding that dams prevent floods, and it is true during most of the years. But during huge floods, dams are double-edged swords. During the floods in Pakistan in 2010, and in Thailand in 2011, the dams actually worsened the situation. When water levels rise beyond limits, when its shutters are raised only considering the safety of dams, it multiplies the intensity of the tragedy that unfolds below. At the same time, if dams are not opened during floods, it could turn into a tragedy for people who live above the dams. In many places, during the time of floods, there are often arguments and fights between people living below and above the dams. In Pakistan, people got together to open the dams; in Thailand, the army had to be deployed to protect dams.

“What needs to be done is to reserve enough land for the river to expand during floods. That means, not to build houses near the river, but reserve them for agricultural purposes, and declare in advance that farmers will be compensated for any loss due to flooding, if at all it occurs. If there are cities near rivers, they have to be protected by building safety walls, but never let the density of population rise beyond a point. That is what is happening in many parts of Europe now.

“The disasters due to floods are worsened by landslides and landslips near the origins of the river. Both are man-made disasters caused by occupying steep hill slopes, building roads, and constructions there. These actions invite disasters. In Kerala, in addition to all these crimes, there is extensive quarrying too. Nature can be protected by preventing these.

“Actually ‘flood’ is not a natural disaster, it is a natural phenomenon. It is due to floods that many positive things happen like the recharging of groundwater and the increase in micro-nutrients, etc, in the river valleys. If we adopt Land Use Planning that recognises the natural boundaries of rivers, do not destroy forests in the catchment areas, or the hills, any huge rain will finds its way through land. Instead, if we build houses, hotels, factories and airports along river valleys, and when the river reclaims its rightful space, we can’t complain about them as natural tragedies. It is as absurd as parking your car on the railway track and blaming railways for it.”

While it may appear that even after this clear warning, nothing was done in Kerala to prevent this, that is only partly true.

The situation of communities forgetting about disasters is not a Kerala-specific phenomenon. To give Kerala its credit, in 2017, the state Assembly prompted by my writings invited me to speak about climate change and extreme events. The Speaker, CM, half the Cabinet and more than half the MLAs sat for two-and-a-half hours to listen to me. I gave specific recommendations for action and many were picked up. However, events unfolded too fast and we now have to show our true resilience.

I would say this is also an opportunity for us to bounce back and build a truly safe state, not passing on the risks we inherited from our parents to the new generation.

The writer is the Chief of Disaster Risk Reduction in the UN Environment Programme. The views expressed are his own