NEW DELHI: The debate generated by Home Minister Amit Shah’s views on Hindi as a unifying language continues to rage. 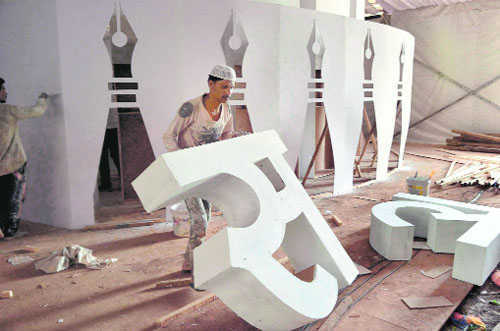 According to the Official Languages Act, 1963, Hindi and English are the official languages for the Union Government and Parliament.

The debate generated by Home Minister Amit Shah’s views on Hindi as a unifying language continues to rage.

A day after Congress’ ally DMK sounded a warning and actor-turned-politician Kamal Hasaan today posted a video in strong opposition to any such move, Sports Minister Kiran Rijuju dug out an old video of UPA minister P Chidambaram, who is currently in jail, saying pretty much what Shah said on Hindi language Saturday.

Speaking at the Hindi Diwas function, Chidambaram can be seen speaking in favour of Hindi in the language.

The DMK is a key constituent of the UPA led by the Congress.

The president of the Tamil Nadu party , M K Stalin, while  raising a strong objection Shah’s push for Hindi as the national language, yesterday asked his party workers to get ready for a battle to stop the move to impose that language on all states.

“The DMK is ready for any sacrifice to stop the imposition of Hindi on us,” said Stalin while speaking at the party’s annual Mupperum Vizha here on Sunday that also marked the 111th birth anniversary of its founder C N Annadurai.

“Amit Shah’s speech on Saturday advocating Hindi as the national language spoken by majority of the people came as a scorpion sting and has challenged the unity of the nation,” Stalin was quoted as saying.

Making his stand clear on the issue, BJP leader and Karnataka Chief Minister B.S. Yediyurappa tweeted, "All official languages in our country are equal. However, as far as Karnataka is concerned, #Kannada is the principal language. We will never compromise its importance and are committed to promote Kannada and our state's culture."

All official languages in our country are equal. However, as far as Karnataka is concerned, #Kannada is the principal language. We will never compromise its importance and are committed to promote Kannada and our state's culture.

Meanwhile, Makkal Needhi Maiam (MNM) founder Kamal Haasan also  opposed any attempts to “impose” Hindi saying it was a promise made to the country decades back which “no Shah, Sultan or Samrat must renege on”.

Further, India was an “excellent feast” and that such imposition would lead to “nausea”, he said.

Now you are constrained to prove to us that India will continue to be a free country.

You must consult the people before you make a new law or a new scheme. pic.twitter.com/u0De38bzk0

“The unity in diversity is a promise that we made when we made India into a Republic. Now, no Shah, Sultan or Samrat must renege on that promise. We respect all languages, but our mother language will always be Tamil,” he said in a video in response to Shah’s push for having one common language in India to connect and unite the country

In a series of tweets in Hindi before speaking at a function to mark Hindi Diwas, the Home Minister asked everyone to use their native languages as much as possible, but said efforts would be made to expand Hindi’s reach to different parts of the country.

“If there was any language that could unite the country, it was Hindi as it was spoken the most,” said Shah.

“I want to appeal to people to promote their native languages but also use Hindi to make the dream of Bapu (Mahatma Gandhi) and Sardar (Vallabhbhai) Patel of one language come true,” he tweeted.

According to the Official Languages Act, 1963, Hindi and English are the official languages for the Union Government and Parliament.

A total of 22 languages are recognised under the Eighth Schedule of the Constitution.