NEW DELHI:Union Housing and Urban Poverty Alleviation Minister Venkaiah Naidu today announced a proposal to meet the target of “Housing for All” in 15 states and union territories, including HP, J&K and Chandigarh, by 2019. 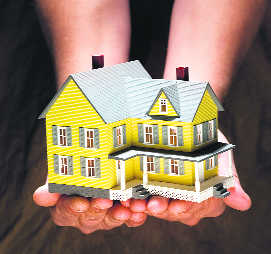 Union Housing and Urban Poverty Alleviation Minister Venkaiah Naidu today announced a proposal to meet the target of “Housing for All” in 15 states and union territories, including HP, J&K and Chandigarh, by 2019. He also said the National Urban Rental Policy would be declared soon.

He said though the government intended to achieve the “Housing for All” target by 2022, it would be met in 15 states under the Prime Minister Awas Yojna (PMAY) (Urban) by 2019. The states under focus are HP, J&K, Kerala, Arunachal Pradesh, Manipur, Meghalaya, Mizoram, Nagaland, Sikkim and Tripura and union territories of Andaman and Nicobar Islands, Chandigarh, Dadra and Nagar Haveli, Daman and Diu and Puducherry.

be completed in next two years and other states had been asked to submit proposals by 2018.

He said the PMAY (Urban) had been extended to middle-income groups (people having annual income up to Rs 18 lakh).