I want to do justice in next five years: Rahul Gandhi

DUNGARPUR: Congress president Rahul Gandhi on Tuesday said the BJP government had done injustice in the last five years but he wanted to reverse the trend by doing justice in the next five. 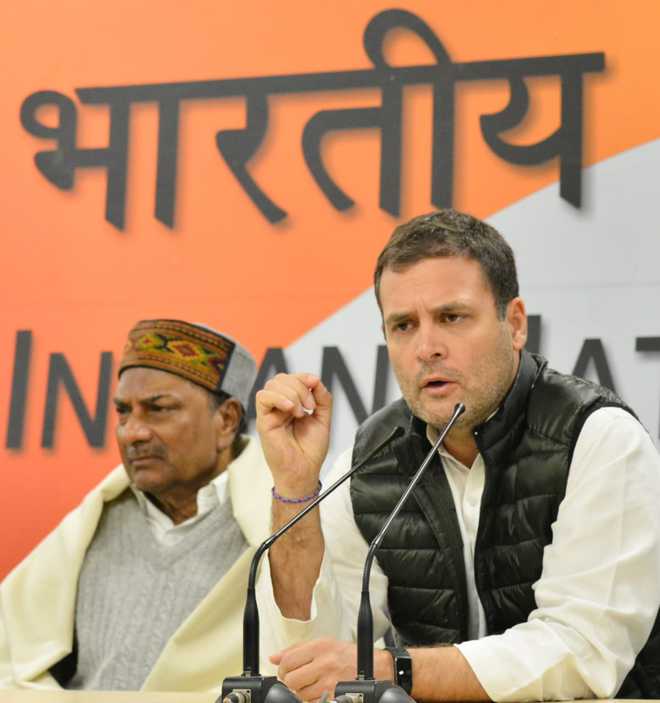 Congress president Rahul Gandhi on Tuesday said the BJP government had done injustice in the last five years but he wanted to reverse the trend by doing justice in the next five.

Addressing an election rally in Beneshwar Dham in the tribal-dominated constituency of Dungarpur, Gandhi also promised a surgical strike on poverty and to give government jobs to 22 lakh people in the next one year if his party is voted to power.

The Congress president offered prayers at the Shiva temple in Beneshwar Dham, where an annual tribal fair is held.

“PM Modi did the most injustice to tribals in the past five years. He did not keep promises and ran a government for 15-20 rich people,” Gandhi alleged.

“The BJP has done injustice in five years. Now, I want to do justice in the next five,” he told the gathering.

According to the Congress president, Modi had promised to deposit Rs 15 lakh in bank accounts, provide two crore jobs every year and a better price for crops to farmers but did not fulfill any of the commitments.

Gandhi said he was not here to lie but to strengthen relations.

Alleging that the prime minister said whatever came to his mind, the Congress president said he would speak the truth on issues related to the minimum income scheme NYAY, employment and farmer distress.

“Two crore jobs every year, Rs 15 lakh in bank account was a lie. I will talk about depositing Rs 72,000 annually in bank account and 22 lakh government jobs in one year and 10 lakh jobs to the youth at the panchayat level,” he said. PTI