CHANDIGARH: It appears Wing Commander Abhinandan Varthaman, who landed in PoK after ejecting from his plane on Wednesday, made a valiant attempt to scare away locals. 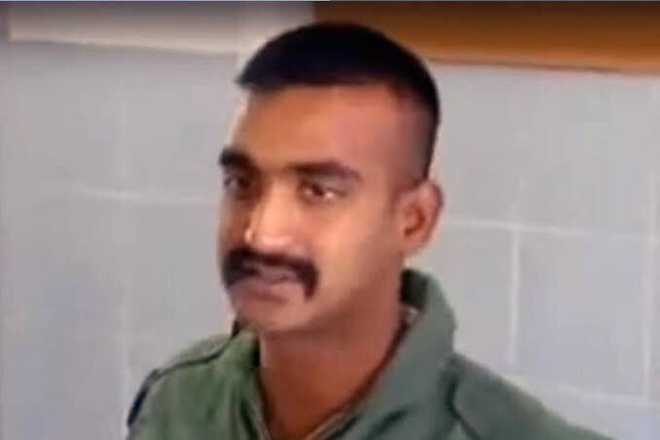 It appears Indian MiG-21 pilot Wing Commander Abhinandan Varthaman, who landed in Pakistan-occupied Kashmir after ejecting from his plane on Wednesday, made a valiant attempt to scare away locals who descended on him immediately after he landed on ground. He also made an effort to destroy the documents present on his person to avoid them ending up in Pakistani hands.

This bit of information can be gleaned from a story carried by Dawn on Thursday, which has quoted a prominent local resident to give an account of what happened in the immediate aftermath of landing of ‘Abhi’—as the officer’s name tag reads—in adversarial territory.

Mohammad Razzaq Chaudhry of Horra’n village, 7 km from the Line of Control (LoC) in PoK’s Bhimber district, noticed a dogfight going on in the skies around 8.45 am on Wednesday, according to the Dawn account. The “58-year-old political and social activist of the area noticed that two aircraft had caught fire but while one of them sped across the LoC, the other burst into flames and came down speedily.”

The wreckage fell more than a kilometre away from Razzaq’s house in a deserted field. He soon saw a parachute descending towards the ground, which also landed around a kilometre from his house in a different direction.

Razzaq immediately made calls to youth of the village, “asking them not to go close to the wreckage until arrival of the army personnel but get hold of the pilot,” Dawn reports. “A pilot emerged out of the parachute safe and sound,” the report quotes Razzaq, who is said to have spoken to the newspaper on telephone.

The pilot, holding a pistol, asked the youngsters if it was India or Pakistan. One of them responded “India”. At this Wing Commander Abhi Nandan, according to Razzaq, raised some slogans and asked which place exactly it was in India. “To this, the same boy responded that it was Qilla’n,” Dawn reports.

The pilot told them his “back was broken” and he needed water to drink. At this, some youth, “who could not digest the slogans [possibly patriotic Indian slogans], responded with “Pakistan Army zindabad”.

Immediately sensing his circumstances, Abhinandan shot a fire in the air even as the boys picked up stones in their hands. According to Razzaq, “the Indian pilot ran a distance of half a kilometre in backward direction while pointing his pistol towards the boys who were chasing him,” Dawn writes.

“During this brisk movement, he fired some more gunshots in the air to frighten them but to no avail, he said. Then he jumped into a small pond where he took out some documents and maps from his pockets, some of which he tried to swallow and soaked others in water.”

This was a brilliant display of presence of mind by Wing Commander Abhinandan, who under duress attempted to ensure the documents did not end up in wrong hands, while also attempting to escape from a mob of hostile villagers.

According to the Dawn report, “The boys kept on asking him to drop his weapon and in the meanwhile one boy shot at his leg, Razzaq said.”

The officer was thus captured by the villagers, but not before valiant resistance and watching out for national interest.

10 hours ago
3
Punjab THE TRIBUNE INTERVIEW