CHANDIGARH: Lt Gen Zorawar Chand Bakshi, one of India’s most highly decorated generals, is no more. He passed away at New Delhi at the age of 97. He was fondly called Zoru. 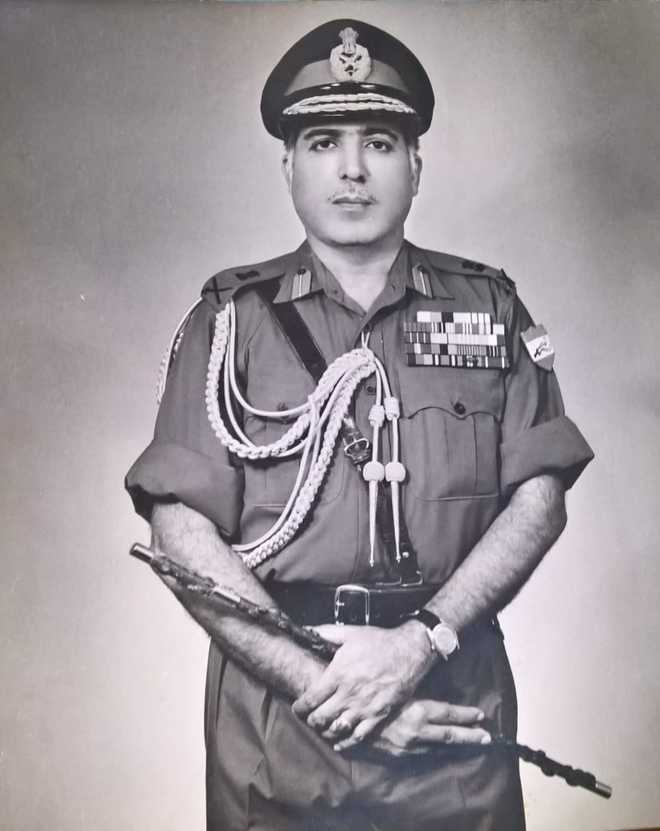 Lt Gen Zorawar Chand Bakshi, one of India’s most highly decorated generals, is no more. He passed away at New Delhi at the age of 97. Fondly called Zoru by his friends, he was decorated for gallantry with the Maha Vir Chakra, Vir Chakra, Mention-in-Despatches, besides being awarded the Param Vishisht Seva Medal for distinguished service.

He is survived by a son and two daughters, one of whom is married to a brigadier. According to his son  Rajeev, he had developed lung infection two days ago and breathed his last today morning.

Those who knew him said that while being known as a strict disciplinarian, he was well regarded by officers and men and remained an icon and a source of inspiration to the past and present generations of officers in India.

Gen Bakshi hailed from Gulyana village near Rawalpindi in Pakistan, where he was born in 1921. His father, Bahadur Bakshi Lal Chand, served with the erstwhile British Indian Army and was decorated with the Order of British India.

After graduating from Rawalpindi’s Gordon College in 1942, he was commissioned into the Baloch Regiment in 1943. His first major engagement was against the Japanese in Burma in World War II, where he was Mentioned-in-Despatches for overcoming a heavily fortified Japanese position. After the liberation of Burma, he participated in the operations to liberate Malaysia from Japanese control, earning a fast-track promotion to the rank of a Major for his role.
After Partition, he was transferred to the 5th Gorkha Rifles of the Indian Army and soon after saw action during the Indo-Pakistan War of 1947-1948, where he was awarded the Vir Chakra in July 1948. In 1949, he received the MacGregor Medal, awarded to Indian armed forces personnel for valuable reconnaissance.

In the Indo-Pakistani War of 1965, he was instrumental in the capture of the strategic Haji Pir Pass in the Uri Sector from the Pakistani forces, for which he was awarded the Maha Vir Chakra. He was commanding a brigade employed on the difficult task of capturing Basali, Haji Pir and Kahuta, which was vital for the Uri-Poonch link-up. His citation states that throughout this operation, Brigadier Bakshi remained in the forefront and displayed a high standard of planning and tactical skill, combined with outstanding leadership, determination and camaraderie in sharing the hardships of his troops.

In the early 1960s he had led his battalion in a United Nations Operation in Congo. In 1969-1970, he took part in counter-insurgency operations in the North-East. During the 1971 Indo-Pak war he oversaw operations in the crucial Chicken’s Neck area in the Sialkot sector, capturing territory from enemy control. During his 36 years’ service, he commanded the Second Battalion of 5 GR, 68 Infantry Brigade, 8 and 26 Mountain Divisions and the C Corps at Chandimandir, before retiring in 1979. He also served as the Military Secretary at Army Headquarters.