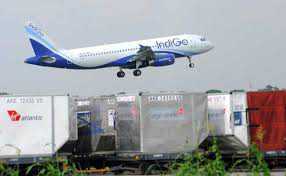 TMC MP O’Brien, who heads the Parliamentary Standing Committee on Tourism, Culture, Road, Shipping and Aviation, on Thursday said the panel had taken strong note that during festive season some airlines were charging 8-10 times more than the normal fares.

At a press conference on the panel’s latest report, he said, “Our committee is very clear that the worst performing airline for consumers is IndiGo. All 30 members agreed on this. IndiGo has not responded despite many complaints. The way they behave with consumers and charge for just 1 kg or 2 kg overweight of air baggage...”

O’Brien asserted these were not only his views but of all members of the panel.

The TMC leader said, “The committee has recommended that cancellation charges can’t be more than 50 per cent of basic fare. Tax and fuel surcharge collected should be refunded to passengers. Airlines are charging too much.”

On the luggage policy, he said the national carrier had the best luggage policy and the other private airlines should also enhance the baggage limit. “The maximum luggage limit prescribed by the airlines, except Air India, should be enhanced.”

O’Brien also applauded Nitin Gadkari, who is heading the Shipping Ministry, for improvement in cargo handling in India. — PTI

‘Even charges for 1-2 kg overweight’

Every single member is disgusted with the way some private airlines are operating, more so IndiGo, it is discourteous. Airline is very rigid, even charges for 1-2 kg overweight... committee is looking into the matter seriously. —Derek O’ Brien, Panel Chairman