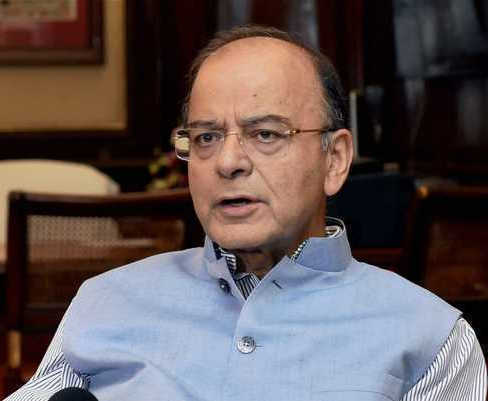 In a blog, Jaitley hit out at Banerjee, dubbing her act as a "disproportionate over reaction" aimed at projecting herself as a "nucleus" of opposition parties.

"Mamata Banerjee's disproportionate over-reaction to the CBI wanting to interrogate the Kolkata Police chief has flagged several issues for a public discourse. The most important being that a Kleptocrat's Club now aspires to capture the reigns of India," he said.

He said that the West Bengal chit-fund fraud was unearthed in 2012-13 and its investigations were handed over to the Central Bureau of Investigation by the Supreme Court.

"If a police officer is required to be interrogated, how does it become a 'super emergency', 'assault on Federalism', or 'destruction of Institutions?" he asked.

The senior Bharatiya Janata Party (BJP) leader said Banerjee's strategy in inviting all other opposition leaders to join her protest in Kolkata was to defocus from other opposition aspirants for the highest office and to project herself as the nucleus of India's opposition.

"Her speeches attack Prime Minister Modi but her strategy is aimed to defocus some of her other colleagues in the opposition and hogging the centre stage," he said.

Justifying the CBI action, he said the Constitutional framework clearly defines the sharing of functions between the Centre and the state and does not permit an overlap.

"There are Central agencies and organisations, which conduct legitimate investigation in states. Today the CBI is being brutally prevented by physical force and detention of its officer from investigating a crime legally within its jurisdiction, in the state of West Bengal.

Jaitley said that if any of these was visible, it would be a case of the state assaulting federalism.

"The prevention of a central investigating agency discharging a function given to it by the Supreme Court is a direct assault on federalism," he said.

Slamming the Banerjee's supporters, he said they themselves were battling serious economic improprieties, criminal misconduct and even corruption allegations.

"Can 'new India' be ever run by this Kleptocrat's Club?.

"Most of them, or their affiliates are today being investigated, prosecuted and in some cases have also been convicted for crimes of corruption. Her ally from Bihar represents the party of the convicted. The friend from Andhra Pradesh runs a party of contractors, 'thekedaars' and money-launderers.

"This somersaulter belongs to the first family of the Congress where most members of the family are on bail." He said India cannot afford instability because position is going in for a non-ideological short-lived coalition.

"It has also been argued that the choice in the next Election will be either Modi Vs. Chaos or Modi Vs. Anarchy.

"Mamata Banerjee's latest acrobatics are the best evidence of the kind of governance India's opposition can provide," he said.

The stand-off between the Centre and the West Bengal government entered its third day on Tuesday as Banerjee continued her sit-in against the Narendra Modi government accusing it of misusing central agencies.