NEW DELHI:A new study on lung cancer has thrown up disturbing trends on the emergence of the disease among non-smokers, younger people and females. 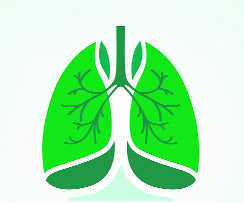 A new study on lung cancer has thrown up disturbing trends on the emergence of the disease among non-smokers, younger people and females.

The trends are stark considering lung cancer is typically a disease of the smokers, elderly and one with male preponderance. But the scenario seems to be changing among Indians or so finds a study on 150 patients at the outpatient department of Sir Ganga Ram Hospital in the capital.

“Lung cancer has a very high mortality. Despite advances in treatment, reduction in mortality rates has been marginal. This cancer currently causes the largest number of deaths due to any cancer in India. We noted a disturbing trend in out-patient clinic where we increasingly saw lung cancer in relatively younger people and non-smokers. We decided to analyse details of these patients who underwent treatment with us from March 2012 to June 2018. The objective was to unravel new trends,” Neeraj Jain, chairman, chest medicine, at the hospital said today.

The results revealed 21 per cent patients were below the age of 50 years and five out of these 31 were below 30 years. Half the patients were non-smokers, indicating air pollution as the new source of lung cancer, normally caused by smoking. “None of the patients under 30 years were smokers. Male to female ratio of the study group was 3.8: 1 indicating a significant rise in the proportion of female patients compared to studies in the past which have reported a much lower incidence in females,” the researchers said on the eve of the World Lung Cancer Day.

Besides, 30 per cent of the patients had been initially misdiagnosed as TB leading to delay in diagnosis and treatment. Dr Arvind Kumar, chairman, centre for chest surgery, Ganga Ram Hospital, said despite the limitation of a relatively small number of patients, the study indicated an important trend in the incidence of lung cancer.

“The occurrence of disease in patients less than 50 years, with some younger than 30 years; the increase in the proportion of females and nearly 1:1 ratio of non-smokers and smokers point towards environmental factors like air pollution as a major causative agent,” he said.

The study draws attention to the need of more robust data collection system for lung cancer in India and need for action to prevent lung cancer deaths by early detection, smoking cessation and strong and immediate measures to control both outdoor as well as indoor air pollution.