VERAVAL: One of the country’s most famous voters, written about routinely for being the lone person to exercise his franchise at a polling booth in Banej in Gujarat’s Gir Somnath district, has died. 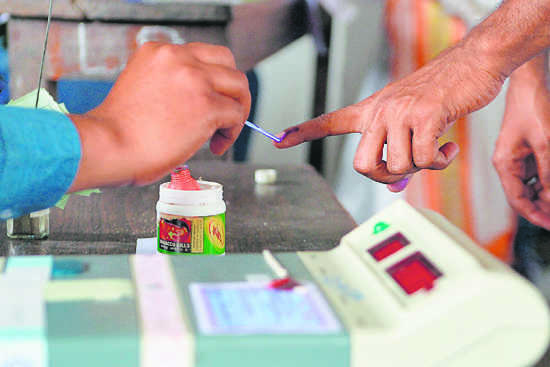 One of the country’s most famous voters, written about routinely for being the lone person to exercise his franchise at a polling booth in Banej in Gujarat’s Gir Somnath district, has died.

Mahant Bharatdas Bapu died at a private hospital in Rajkot on Friday, his followers, based out of Veraval, headquarters of Gir Somnath district, said.

The Banej polling booth, part of Junagadh Lok Sabha seat, used to be set up during Gujarat and general polls only for Bapu, who used to live alone at a Shiva Temple-cum-ashram in Gir West forest division there.

“Bharatdas Bapu was undergoing treatment for a kidney ailment in a private hospital in Rajkot for the past one month. He died on Friday morning. His last rites will be performed on Saturday at an ashram near Jamvala in Gir Forest,” said a follower.

As per government records, Bapu had voted in every Lok Sabha and Gujarat Assembly polls since 2007, in the process making Banej possibly the only booth in the country with a cent per cent voting record. — PTI