NEW DELHI: Mala, Helen, Nargis and Nilofer may sound like the names of yesteryear Bollywood actors, but they are, in fact, lethal cyclones that have brought violent winds, heavy rain and wreaked destruction. 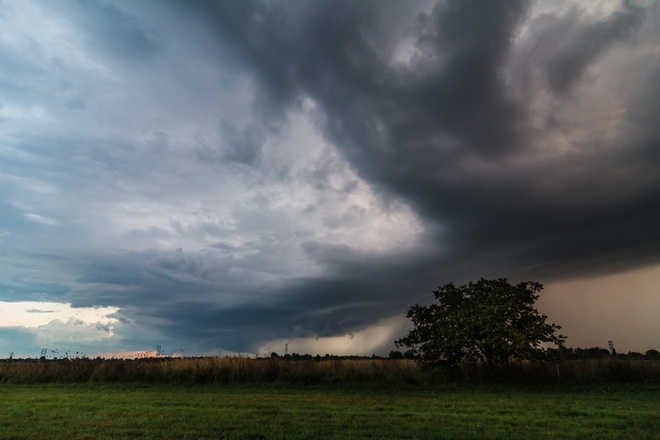 The mid-1900s saw the start of practice of using feminine names for storms, says IMD. iStock

Mala, Helen, Nargis and Nilofer may sound like the names of yesteryear Bollywood actors, but they are, in fact, lethal cyclones that have brought violent winds, heavy rain and wreaked destruction.

As Cyclone Fani pounded the Odisha coast on Friday, the name, which was suggested by Bangladesh, also evoked curiosity.

But how are cyclones named?

The World Meteorological Organisation/Economic and Social Commission for Asia and the Pacific Panel on Tropical Cyclones, at its twenty-seventh session held in 2000 in Muscat, Oman, agreed to assign names to the tropical cyclones in the Bay of Bengal and Arabian Sea.

After long deliberations among the member countries, the naming of tropical cyclones over north Indian Ocean commenced from September 2004.

The Regional Specialised Meteorological Centre (RSMC) based here gives a tropical cyclone an identification from the names list. The identification system covers both the Arabian Sea and the Bay of Bengal.

So, for instance, Bangladesh suggested ‘Onil’ the first in the list. Onil originated in Arabian Sea, off the Gujarat coast between September to October 2004. It made landfall in the state, but impacted both India and Pakistan.

Cyclone Phetai, suggested by Thailand, originated in the Bay of Bengal and made landfall in Andhra Pradesh, ravaging the coastal districts in December last year.

The next cyclone, whenever it originates, will be named ‘Vayu’, suggested by India.

Of the 64 names suggested by these eight countries, 57 have been utilised.

Some of the names suggested by India are Agni, Jali, Bijli, Akash, while Mala, Helen and Nilofar were suggested by Sri Lanka, Bangladesh and Pakistan respectively.

These lists are used sequentially and they are not rotated every few years, unlike the Atlantic and Eastern Pacific lists.

“A storm causes so much death and destruction that its name is considered for retirement and hence is not used repeatedly.

“If the public wants to suggest the name of a cyclone to be included in the list, the proposed name must meet some fundamental criteria,” a circular on naming the cyclones over the North Indian Ocean said.

“The name should be short and readily understood when broadcast. Further, the names must not be culturally sensitive and must not convey some unintended and potentially inflammatory meaning,” it added.

The name can be communicated to the Director-General of the IMD.

According to the IMD, in the beginning, storms were named arbitrarily.

Laxman Singh Rathore, a former Director-General of the IMD, said the practice of naming the storm first started in the United States. This helped identify it and also aided the researchers.

Earlier, the storm was named after the coast it hit, Rathore added.

“Then the mid-1900s saw the start of practice of using feminine names for storms. In the pursuit of a more organised and efficient naming system, meteorologists later decided to identify storms using names from a list arranged alphabetically,” the IMD said explaining the genesis of the naming process.

“Before the end of 1900s, forecasters started using male names for those forming in the Southern Hemisphere. Since 1953, Atlantic tropical storms have been named from lists originated by the National Hurricane Centre. They are now maintained and updated by an international committee of the World Meteorological Organisation,” the IMD added.

Storms over South Pacific and Indian Ocean are known as cyclones. In the North Atlantic, central North Pacific, and eastern North Pacific, the term hurricane is used.

The same type of disturbance in the Northwest Pacific is called a typhoon, according to the National Ocean Service of the US’ National Oceanic Atmospheric Administration. PTI