IMPHAL: The endangered species of brow-antlered deer ‘Sangai’ is in dire need of a second home as a epidemic or a natural calamity at its current and only habitat at Keibul Lamjao National Park (KLNP) in Loktak Lake could spell doom for the entire race. 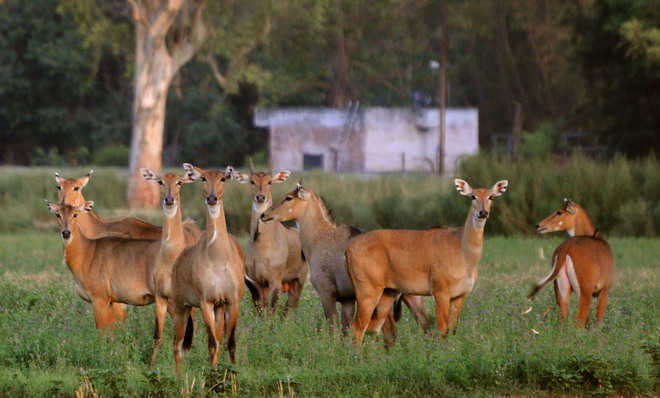 The endangered species of brow-antlered deer ‘Sangai’ is in dire need of a second home as a epidemic or a natural calamity at its current and only habitat at Keibul Lamjao National Park (KLNP) in Loktak Lake could spell doom for the entire race.

The Forest department has identified fresh water lake Pumlen Pat in Thoubal district as a suitable site for shifting the ‘dancing deer of Manipur’ but the local fisherfolk have expressed their reservations to the idea as it could threaten their livelihood, Chief Conservator Forest (wildlife) Anurag Bajpai told PTI.

“As of now, the Forest department is taking up various confidence-building measures for the local people and looking for another vocation to substitute their livelihood, mostly in the field of handicraft, handloom and others,” Bajpai said.

For any species, including Sangai deer, a single isolated population always faces the threat of a potential epidemic, thereby increasing chances of its possible extinction.

A census survey conducted in 2016 has spotted 260 Sangai deer in Loktak Lake. “There has been a significant increase in the number of Shangai Deer over the years. The species almost went extinct in the 1950s and only 14 deer were spotted in the area in 1975,” the Forest officer explained.

Poaching and natural calamity are the other factors that could affect the population.

“At present, 26 forest guards have been deployed at KLNP to check poachers and the state government has given its consent to increase manpower in the area to check the menace,” he said

Sangai is a medium-sized deer, with uniquely distinctive antlers, measuring 100 to 110 cm. It thrives on a variety of water living plants, grasses, herbaceous plants, and shoots.

The deer is considered sacred by the local population and the state government had been organising awareness campaigns for its preservation. The annual Sangai festival also derives its name from the species.

A captive breeding centre has been set up near the Iroisemba locality in Imphal West district, where 14 of these species have been kept under controlled conditions, said Bajpai, adding that measures are being taken to translocate the animals to its new ground at the earliest.

Sangai deer was declared ‘protected animal’ and its habitat ‘protected sanctuary’ by Manipur Wildlife Advisory Board in 1955. The endangered species has been listed under Schedule-1 of Wildlife (Protection) Act, 1972. — PTI.