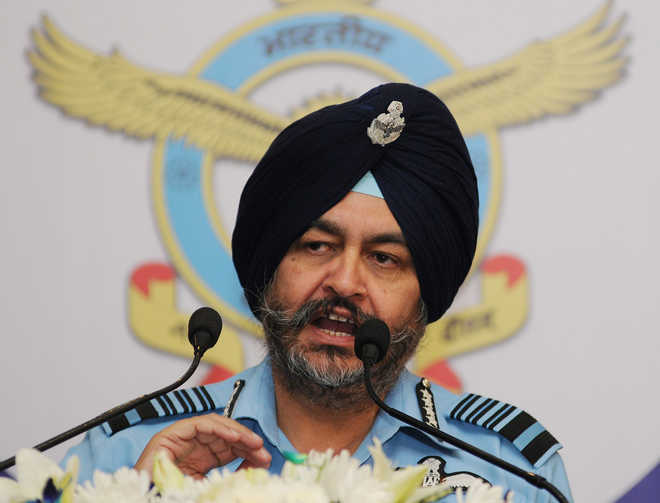 “We have to match neighbours Pakistan and China to tackle a two-front war,” he said.

In a conventional battle, the air battle had to be won, the IAF chief said while speaking at a seminar ‘IAF Force Structure 2035’ organised by the Centre for Air Power Studies (CAPS) here. CAPS is an IAF-backed think-tank.

The government by providing the Rafale and the S400 air defence missile is strengthening the IAF to counter the shortfall of depleting numbers, the IAF chief  said.

He reminded how emergency purchases during the 1980s were all two squadrons (the Rafale is also two squadrons).

China, he said, had some 1,700 fighter jets while Pakistan has some 20 squadrons (16-18 planes in each). IAF as of now has 31 squadrons. “Even if we get the 42 squadrons as mandated we will still be behind the collective strength of Pak-China,” Air Chief Marshal Dhanoa said.

China has set off a hybrid war in the South China Sea, he said.

China’s ground communication stations are also coming up in Tibet, including the one at Gunsa, he said.