NEW DELHI:In a bid to end the controversy around his remarks over Hindi, Union Home Minister Amit Shah today clarified, “I only requested for learning Hindi as the second language after one’s mother tongue. 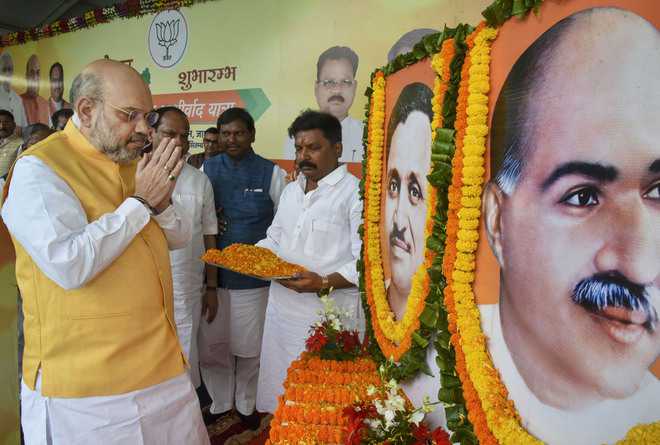 In a bid to end the controversy around his remarks over Hindi, Union Home Minister Amit Shah today clarified, “I only requested for learning Hindi as the second language after one’s mother tongue.” He asserted that he had been repeatedly pitching for “strengthening regional languages”, following which the DMK announced postponement of its September 20 protest.

Referring to his speech on the occasion of Hindi Divas on Saturday where he made a pitch for a common language for India, the Home Minister said to end the confusion, people should listen to his speech carefully but “if someone wants to do politics, it is their choice”.

Clarifying his comments, he said, “A child can perform, a child's proper mental growth is possible only when the child studies in mother tongue. Mother tongue does not mean Hindi. It is the language of a particular state, like Gujarati in my state. But there should be one language in the country, if someone wants to learn another language, it should be Hindi.” “I have just made the request. I have failed to understand what is wrong in that,” he said at an event in Ranchi. “I too come from a non-Hindi speaking state. I come from Gujarat where Gujarati is the language, not Hindi. One has to listen to my speech carefully,” the minister said.

Following Shah’s assertion, DMK president MK Stalin said the party's proposed protest on September 20 on the issue has been postponed. Talking to reporters in Chennai, the DMK chief said Shah has also opined that his view had been “wrongly understood”. However, the leader from the south said if Hindi was imposed, the DMK will oppose it at all times.  — TNS & PTI