NEW DELHI: In a major tweak to the existing deployment and readiness levels of the Indian Army, integrated battle groups (IBGs), fully equipped with elements of warfare, are planned to be pre-positioned facing the western (Pakistan) and northern (China) borders. 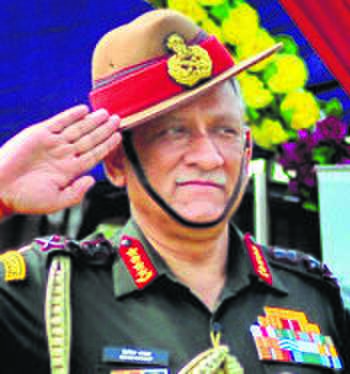 In a major tweak to the existing deployment and readiness levels of the Indian Army, integrated battle groups (IBGs), fully equipped with elements of warfare, are planned to be pre-positioned facing the western (Pakistan) and northern (China) borders.

Army Chief General Bipin Rawat, in an interview to The Tribune, said: “We are preparing ground to keep the forces ready for any future eventuality. Our organisational structure is old. It needs change.”

Asked about the proposed change or restructuring of the Army, Gen Rawat said: “We are going to test-bed the IBGs very soon. I am suggesting that we be integrated in peacetime to save the time wasted in ‘integrating’ while going for combat. Various battalions (of infantry, armoured, artillery, signals and engineers) are already assigned to an area and we now want them to be ready in peacetime.”

“Test-bed” is a term in military parlance for trying out a new concept in field under real conditions. Asked if the IBG will be a bigger form of a traditional brigade (three-four battalions or 3,500 men), Gen Rawat said: “We are looking at two types of IBGs — smaller ones for the mountains (the Himalayas facing China) and the bigger ones for the plains (facing Pakistan).”

On the issue of numbers, the Army Chief said: “Ideally we will know after the test-bed, but it could be eight to 10 IBGs in the west and same in the north. An IBG could have four to six battalions of infantry and armoured, two to three artillery regiments, an engineers unit, integrated signals unit and also dedicated integral logistics.”

Going by the numbers given out by the Army Chief, this translates to 8,000-10,000 troops in each IBG.Gen Rawat said the Army was looking to have Brigadiers commanding smaller IBGs and Major Generals the bigger ones. Both will be under the Corps Commander of the area. There are 14 Corps of the Army, including the four Strike Corps.

Explaining the IBG and its working, Gen Rawat said: “A combat group ‘integration’ is done as you are launched into battle. The IBG will be doing ‘integration’ in peacetime.” Refuting suggestions that this could be a tweak to the “cold start doctrine” (first made public in 2004), the Army Chief said: “The adversary had worked out a plan. We have to beat them in time and space.” The “cold start” implies the Army’s readiness for offensive operations from a standing start. Commenting on the future, Gen Rawat said: “The nature of warfare is changing. We have to change and adapt.

“To say that along the border there will only be attrition warfare where you attack features and capture is wrong. A lot of non-contact warfare will come into play. It is not just related to military. You can disrupt banking railway, power grids, airport command control systems, etc,” he added.

"We are going to test-bed the IBGs very soon. I am suggesting that we be integrated in peacetime to save the time wasted in ‘integrating’ while going for combat." General Bipin Rawat, Army Chief