NEW DELHI:In a fresh turn of events on the issue of closure of roads within military cantonments, the Ministry of Defence (MoD) has told the armed forces that no road can be closed for civilian use without sanction from the ministry. 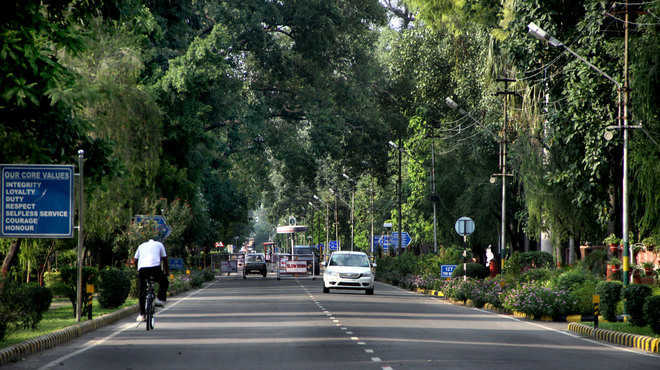 In a fresh turn of events on the issue of closure of roads within military cantonments, the Ministry of Defence (MoD) has told the armed forces that no road can be closed for civilian use without sanction from the ministry.

This effectively means the MoD will be the final authority on deciding “road closure” while the Army will have a “recommendatory” role.

No “road closure” can be done without following the provisions of the Cantonments Act, 2006, says the two-page letter issued on Monday and addressed to the Chiefs of the armed forces — Army, IAF and the Navy — and also to the Director General Defence Estates (DGDE).

As per instructions, the MoD will, in one way or the other, ratify or sanction all recommendations made by the Local Military Authority (LMA) of each of the 62 Cantonments, spread across the country.

The letter cites Section 258 of the Cantonments Act, saying the LMA — usually an Army officer — will issue a draft order for closure in local newspapers, invite objections from members of the public and after considering the same send the proposal for legal vetting to the MoD. The Army Commander, concerned, may allow “road closure” after the legal vetting, says the letter. In other words, the MoD holds the key with “legal vetting” powers.

In case the LMA wants an emergency closure of a road on a temporary basis, he shall seek the prior sanction of the Army Commander. Again, the temporary closure notice will be required to be published in three local newspapers. The Army Commander will then make out a case and send it to the MoD.

“The temporary order shall have to be ratified by the MoD within two weeks failing which it will lapse. No fresh temporary closure of the same road shall be permitted without ratification from the ministry,” the letter says.

Also, all road closures will have to be reviewed annually by the cantonment board concerned and a report of the same will be submitted to the Army Commander and the MoD.

This letter has come at a time when the Army issued a statement on Monday, saying: “A freehand has been given to the LMA to close and control access to the cantonments when there is actionable intelligence input or in case of emergencies.”

On May 19, Defence Minister Nirmala Sitharaman had reviewed the closure of roads and on May 21, the Director General of the Land Works and Environment directorate issued a letter on opening roads.