GUWAHATI: “The complete draft of the National Register of Citizens (NRC) that is being published on Monday, is a result of the direct supervision of Honourable Supreme Court of India and the active role of Registrar General of India along with the joint cooperation of the Central and the state governments,” Assam Chief Minister Sarbananda Sonowal commented here this evening. 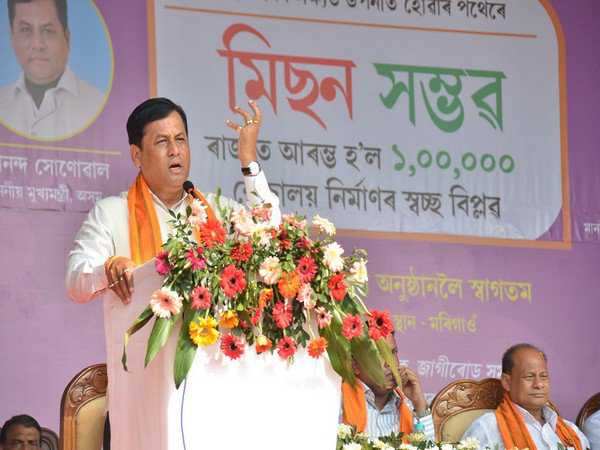 “The complete draft of the National Register of Citizens (NRC) that is being published on Monday, is a result of the direct supervision of Honourable Supreme Court of India and the active role of Registrar General of India along with the joint cooperation of the Central and the state governments,” Assam Chief Minister Sarbananda Sonowal commented here this evening.

Terming it a landmark even in the history of Assam, Sonowal hailed the efforts of 55,000 officials engaged in NRC updating process besides the people of the state.

“I am confident that the NRC, which has become the instrument to safeguard the interest of greater Assamese society, would be able to create a positive atmosphere and it will also pave the way for realising the hopes and aspirations of the genuine Indian citizens,” he said.

“The resilience and struggle of the people of Assam are intrinsically involved with the matter of NRC.  The issues of providing a constitutional safeguard to Assam and preparation of an error free NRC without the names of foreigners were included in the Assam Accord, which was signed as a result of the tumultuous six years of Assam agitation,” Sonowal commented

He informed that both the Central and the state governments had been extending their support from the beginning for preparing a correct NRC and pointed out that  Prime Minister Narendra Modi and Union Home Minister Rajnath Singh had always been emphasising on the importance of preparing an error-free NRC where the names of all genuine Indian citizens are included.

Apart from providing necessary funds by the Central Government for the purpose, the home minister took part in discussions with the Assam Government several times.

On the other hand, the top officials of Assam Government’s Home Department also frequently met their counterparts in Union Home Department for taking forward the process.

“This is an undeniable fact that positive initiatives taken by the Central Government have facilitated the whole process towards expediency,” the CM said.

After the publication of first draft of NRC, people cutting across all castes and tribes, religious, linguistic divides residing in the Barak and Brahmaputra valleys, plains and hills of the state showed tremendous unity and harmony, he said.

Sonowal hoped the people will maintain the same harmonious environment after the publication of the complete draft on Monday.

“I would like to remind the people of the state that this is only a draft. No one should panic if his or her name does not appear in NRC. Genuine Indian citizens would get full opportunity to include their names through the subsequent process of claims and objections. Both the Central and state governments would extend full cooperation in this regard.  Already, Union Home Minister has categorically stated that no one would be sent to the detention camps even if their names do not appear in NRC,” he said.

Stating that NRC is a national programme and every Indian citizen is duty bound to ensure its successful completion, Sonowal  assured, “We have made repeated requests to all sections of the society to desist from making any inflammatory or communal remarks regarding the NRC. Some disruptive elements of the society are trying to create conflict among various sections by circulating rumours and misinformation about NRC.

“I urge the people to stay united to defeat all such evil designs. I am sure that this complete draft of NRC, which is prepared after 70 years of India’s Independence, will be able to safeguard the future of each and every citizen of Assam.”