NEW DELHI:Noting that Pakistan has been under tremendous pressure at the Financial Action Task Force (FATF) to rein in terror groups operating from its soil, National Security Adviser Ajit Doval today asked top security and investigative agencies officials to work diligently in “perception management” as it is a key to fighting terrorism. 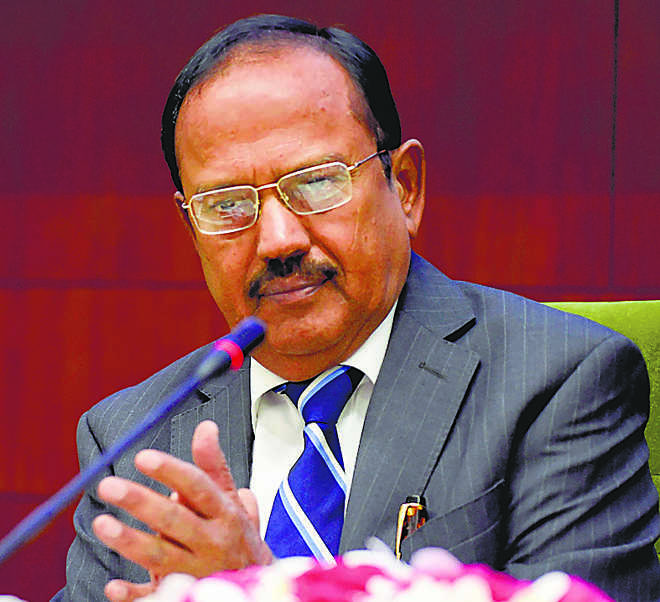 Noting that Pakistan has been under tremendous pressure at the Financial Action Task Force (FATF) to rein in terror groups operating from its soil, National Security Adviser Ajit Doval today asked top security and investigative agencies officials to work diligently in “perception management” as it is a key to fighting terrorism. He also asked them to adopt a transparent media policy.

Doval, addressing ATS chiefs at a conference organised by the National Investigation Agency (NIA), said without publicity, terrorism could not sustain for long. No country could afford to go for a war as financial and human costs were huge, he said. NIA chief YC Modi said the Jamaat-ul Mujahideen Bangladesh (JMB) was trying to spread tentacles across India and a list of 125 suspects had been shared with states. — TNS

Islamabad must try LeT leaders: US

Washington: Pakistan must prevent militant groups from operating on its soil and prosecute top Lashkar-e-Toiba operatives along with its leader Hafiz Saeed, the US has said ahead of the FATF’s decision on whether to blacklist the country. “The victims of LeT’s vicious attacks deserve to see these individuals prosecuted now, along with LeT leader Hafiz Saeed,” tweeted Alice Wells, head of US state department’s South and Central Asian bureau, while welcoming Thursday’s arrest of four leaders of LeT and JuD. pti