Pak refuses to allow PM Modi use its airspace; MEA asks it to ''reflect'' on decision

ISLAMABAD: Pakistan on Wednesday said it has rejected India''s request to allow Prime Minister Narendra Modi''s flight to use its airspace for his upcoming visit to the US via Germany, prompting India to ask its neighbour to "reflect on its decision". 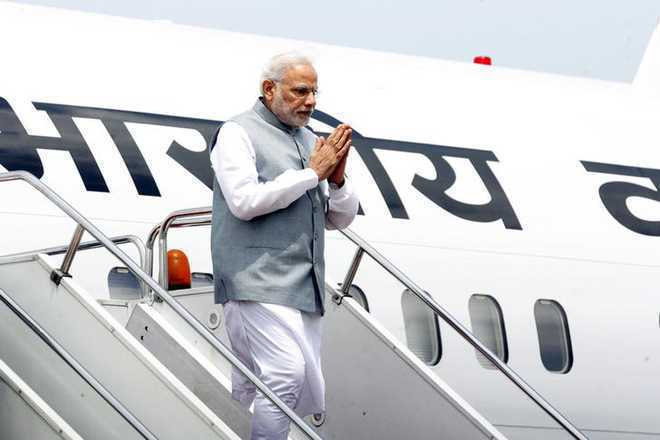 Pakistan on Wednesday said it has rejected India's request to allow Prime Minister Narendra Modi's flight to use its airspace for his upcoming visit to the US via Germany, prompting India to ask its neighbour to "reflect on its decision".

"India had requested Pakistan to allow Modi to use its airspace to travel to Germany on the 21st (Sept) and return on 28th (Sept)," Foreign Minister Shah Mehmood Qureshi said.

Announcing the decision via a video statement, Qureshi said the Indian High Commissioner in Islamabad had been informed of Pakistan's decision to not allow prime minister's Modi's special Air India One aircraft to fly over the country, the Geo News reported.

Reacting to the development, the Ministry of External Affairs said:  "This is otherwise granted routinely by any normal country. Government of Pakistan should reflect upon its decision to deviate from well established international practice, as well as reconsider its old habit of misrepresenting reasons for such unilateral action."