ISLAMABAD: Pakistan has asked India to immediately share the data showing inflow and discharge of water at the Kishanganga hydropower project in J&K. 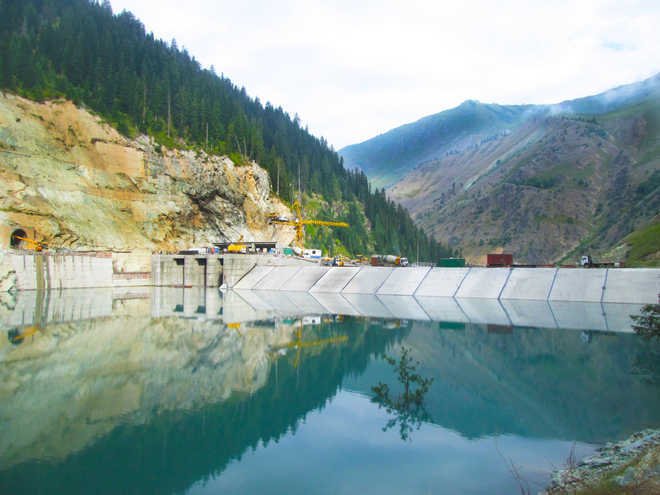 It has also sought dates for inspection of the 330MW hydroelectric project that India had agreed to during a two-day meeting held in August in Lahore between Indus water commissioners of the two countries.

Pakistan has asked India to immediately share the data showing inflow and discharge of water at the Kishanganga hydropower project in Jammu and Kashmir, a media report said on Friday.

It has also sought dates for inspection of the 330MW hydroelectric project that India had agreed to during a two-day meeting held in August in Lahore between Indus water commissioners of the two countries.

“We recently asked Indian authorities for Indus waters in writing to give us dates for inspection of the Kishanganga dam as soon as possible,” Pakistan's Commissioner for Indus Waters Syed Muhammad Mehr Ali Shah told Dawn news on Thursday.

“Through a letter, we have also pressed Indian authorities to immediately share the data concerning flows of water at the river and releases/discharges, in/outflows at the dam with us under the relevant provisions of the Indus Water Treaty.

“We are receiving water at Jhelum basin in our territory, but to ascertain our need or requirement we need data India is obligated to share with us from time to time,” he added.

During the 115th meeting of the Permanent Commission for Indus Waters, India had agreed to allow Pakistan to inspect the projects built on the Jhelum basin, including Kishanganga hydroelectric project, in the near future.

Similarly, Islamabad had agreed to allow New Delhi to carry out inspection of the Kotri barrage over the Indus.

But the inspections were postponed.

Shah told Dawn that Pakistani authorities wanted to have a detailed tour of the Kishanganga project since Pakistan had already raised various objections on its design and construction.

The project was inaugurated by Prime Minister Narendra Modi on May 19 in Jammu and Kashmir’s Bandipora district.

Islamabad has accused New Delhi of violating the Indus Waters Treaty--a 1960 water distribution pact between India and Pakistan--by setting up the dam.

The Kishanganga project was delayed for several years as Pakistan dragged India to the International Court of Arbitration, which ruled in India’s favour in 2013. IANS