NEW DELHI:Campaigning for the third phase of polling in 116 parliamentary constituencies on April 23 ended on Sunday, with top leaders making a last-gasp effort to sway voters in favour of their parties. 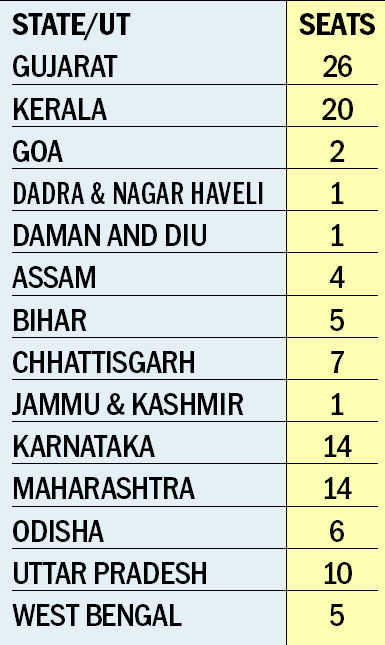 Campaigning for the third phase of polling in 116 parliamentary constituencies on April 23 ended on Sunday, with top leaders making a last-gasp effort to sway voters in favour of their parties.

Polling will be held in 116 seats, spread across 14 states and Union Territories.

During campaigning in Gujarat, the ruling BJP and Congress exchanged barbs, with leaders from both groups exuding confidence of a good showing. The BJP had swept all 26 seats in 2014.

In Maharashtra, the prominent seats in the third phase include Jalna, where state BJP president Raosaheb Danveis is in the fray, and Baramati, where Supriya Sule, the daughter of NCP chief Sharad Pawar, is contesting.

The LS polls are being conducted in seven phases till May 19. The election results will be declared on May 23. — PTI