NEW DELHI: Does ordering a person to join his/her spouse against his/her free will amount to violation of his/her right to privacy — declared a fundamental right by the Supreme Court in 2017? 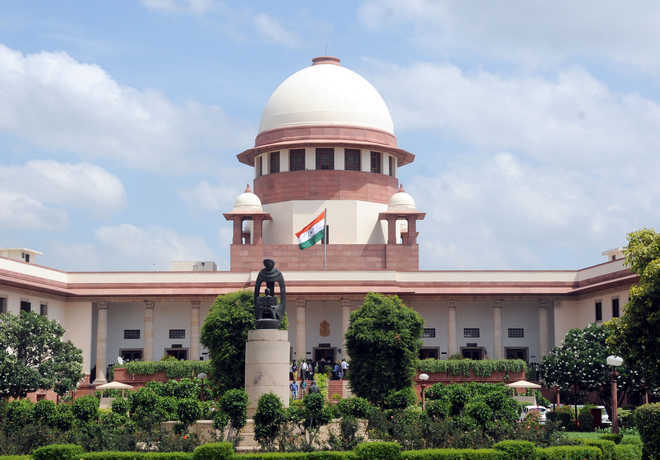 Three-judge Bench asks Centre to respond to a PIL filed by two law students from Gujarat.

Does ordering a person to join his/her spouse against his/her free will amount to violation of his/her right to privacy — declared a fundamental right by the Supreme Court in 2017?

Maintaining that validity of a law has to be tested according to the changing times, two law students from Gujarat have challenged the constitutional validity of law on restitution of conjugal rights.

The Supreme Court on Friday issued notice to the Centre on a petition challenging courts’ power under the Hindu Marriage Act and the Special Marriage Act to direct “restitution of conjugal rights” of an estranged couple.

Petitioners Ojaswa Pathak and Mayank Gupta—students of Gujarat National Law University, Gandhinagar—challenged Section 9 of the Hindu Marriage Act and Section 22 of the Special Marriage Act which empower courts to direct the spouse who has withdrawn from the society of the other without any reasonable excuse to resume conjugal relations.

A three-judge Bench headed by Chief Justice of India Ranjan Gogoi asked the Centre to respond to the petition which said these laws treated women as “chattel” and were violative of fundamental rights including the right to privacy.

The legal framework placed a disproportionate burden on women as it was based on feudal English law which regarded a woman as “chattel” of her husband, the petition said, adding the UK Itself abolished restitution of conjugal rights in 1970.

Terming the court-mandated restitution of conjugal rights as a “coercive act” on the part of the State, the petitioners contended that it violated one’s sexual and decisional autonomy, right to privacy and dignity covered under life and personal liberty guaranteed by Article 21 of the Constitution.

“The provisions for restitution of conjugal rights are facially neutral inasmuch as they allow both the husband and the wife to move court. However, in effect, they are deeply discriminatory against women. The inevitable effect of the provision has to be seen in light of the deeply unequal familial power structures that prevail within Indian society,” said the petition.

Asserting that the right to cohabit was an intimate personal choice, the petitioners said the two provisions under HMA and SMA requiring a person to cohabit with another against his/her free will went against an individual’s right to privacy.

The petitioners requested the top court to reconsider its 1984 verdict in which it reversed an Andhra Pradesh High Court judgment quashing Section 9 of HMA. The top court had said such a right was inherent in the institution of marriage.