NEW DELHI:For the first time in the 61-year-old history of National Bravery Awards, accolades have gone to two children for showing exemplary courage during a riot situation. 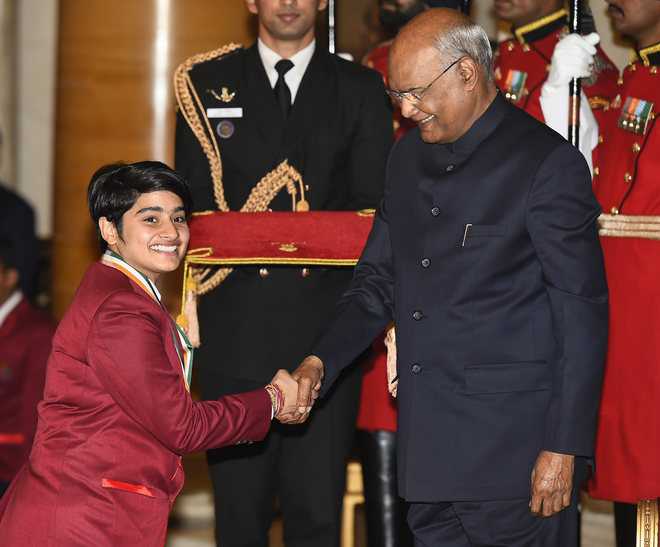 For the first time in the 61-year-old history of National Bravery Awards, accolades have gone to two children for showing exemplary courage during a riot situation.

The two will be part of the 26-children contingent—from sections such as innovation, sports, scholastics, art and culture and bravery—of National Children’s Awards winners who will attend the Republic Day parade.

Kartik and Adrika have been feted for setting the highest standards of selfless service and exemplary behavior at a very young age. During the April 2, 2018, riot that broke out in Madhya Pradesh’s Morena following a Bharat Bandh call by Dalits to protest dilution of the Scheduled Caste and Scheduled Tribe (Prevention of Atrocities) Act, the siblings braved stone-pelting and curfew horrors to provide food, water and first aid to panic-stricken passengers of Uttar Pradesh-Chhattisgarh Express (18238) that had been taken over by rioters.

The third child feted for bravery is Nikhil Jituri (18), who rescued a two-year-old who accidentally fell into a 150-ft deep open well with around 15 feet of water. He jumped in unhesitatingly, picked up the baby that was lying upside down, pumped water out of the baby’s stomach and rescued the child.

The National Bravery Awards this year have been given directly by the Union Government. For the past 61 years, these were handled by NGO Indian Council for Child Welfare, which was recently booked for financial fraud following an indictment by the Delhi High Court.

Despite the Ministry of Women and Child Development telling ICCW not to hold any selections for bravery awards this year as the government had dissociated from the errant NGO, ICCW went ahead and chose 21 children promising them attendance in the R-Day parade.