NEW DELHI: The Karnataka Assembly unanimously passed a resolution on Monday asking the state government to release water from the disputed Cauvery river to neighbouring Tamil Nadu, days after the Supreme Court warned the state of consequences of defying it. 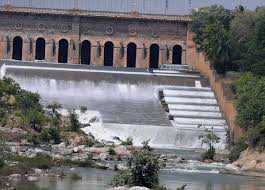 The Supreme Court had directed Karnataka to discharge 6,000 cusecs water from October 1-6 and warned it would face the ‘wrath of the law’ for defying it. File photo

The Karnataka Assembly unanimously passed a resolution on Monday asking the state government to release water from the disputed Cauvery river to neighbouring Tamil Nadu, days after the Supreme Court warned the state of consequences of defying its order.

The Karnataka Assembly, which passed a resolution last month against such a move, allowed the state government to release Cauvery water to Tamil Nadu for drinking and irrigation.

Hours earlier, the Supreme Court had asked the Karnataka Government to inform the court by Tuesday whether it released 6,000 cusecs of water it had ordered it to give the state for six days on September 30.

The central government had approached the Supreme Court for a modification of its order directing it to set up a Cauvery Water Management Board (CWMB).

Attorney General Mukul Rohatgi, appearing for the Centre, told the court that the Centre should not have been asked to constitute the CWMB as the main civil appeal on the issue was still pending and the task of setting up the CWMB fell under the domain of the Executive.

A Bench comprising Justices Dipak Misra and C Nagappan listed the interim plea of the Centre for hearing tomorrow.

The apex court sought a report from Karnataka by 2 pm tomorrow on compliance of its order of September 30.

On September 30, the court had directed Karnataka to discharge 6,000 cusecs water from October 1-6 and warned it would face the  "wrath of the law" for defying it.

The apex court had also directed the Centre to establish the CWMB, saying once it was constituted, its team would visit the sites to take a prima facie view of the ground reality and submit a report.

On October 1, Karnataka had moved a review petition in the apex court against its three orders on Cauvery water release to Tamil Nadu and direction to the Centre to create the CWMB.

In its review petition, Karnataka said "grave miscarriage of justice" has been caused to it pursuant to the three apex court orders of September 20, 27 and 30, by which it was directed to release 6000 cusecs of water till October 6 and the Centre was to constitute the Board by October 4. —PTI