UNITED NATIONS: As the UN mission in Liberia successfully completes its mandate, the role of an all-female contingent of peacekeepers from India deployed with it is being highlighted for inspiring women in the West African nation to become police officers. 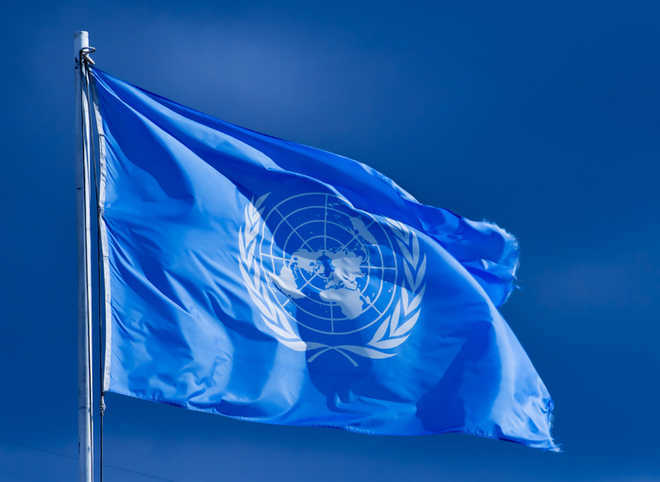 The United Nations Mission in Liberia was established by the Security Council in 2003. iStock

As the UN mission in Liberia successfully completes its mandate, the role of an all-female contingent of peacekeepers from India deployed with it is being highlighted for inspiring women in the West African nation to become police officers.

The United Nations Mission in Liberia (UNMIL) was established by the Security Council in 2003 and will officially close at the end of this month, successfully completing its mandate after almost 15 years of supporting the West African nation in the transition to peace and democracy.

At a ceremony in Monrovia on March 22 attended by President George Weah, UN Deputy Secretary-General Amina Mohammed lauded the accomplishments of the United Nations mission.

During UNMIL’s nearly 15-year mandate, dozens of countries from around the world deployed troops and police, with India, Pakistan, Bangladesh, China, Nigeria, Ghana, Ethiopia, Ukraine, Sweden, Ireland and the US making “significant contributions” to peacekeeping in the country, a statement by UNMIL said.

It also lauded the role of the 125-strong women peacekeepers of the Indian Formed Police Unit deployed with the UN mission, saying the Indian women police personnel inspired Liberian women to join the police force.

“To spur women’s empowerment, UNMIL led by example, becoming the first UN peacekeeping operation to have an all-female contingent thanks to India’s deployment of a formed police unit (FPU) from 2007 until 2016. The Indian policewomen served as role models for Liberia’s women and girls, triggering a fourfold increase in the number of Liberian women applying to become police officers,” the UNMIL said.

Mohammed celebrated the successful closure of the UN mission, which she said set the stage for sustained peace in the months and years ahead. She pointed out that the UN peacekeepers leave behind a country that has great potential for lasting peace and stability.

“UNMIL helped to disarm more than 100,000 combatants, and protected millions of civilians; helped to rebuild the police, the security services and other institutions; facilitated the provision of humanitarian aid; and supported the development of national capacity to promote and protect human rights,” she said.

The Deputy Secretary-General lauded progress while acknowledging the remaining challenges.

“Peace will not last without sustainable development; and development gains will be at risk without sustained peace. Many Liberians are still waiting for the anticipated dividends of peace. Some of the root causes of conflict remain to be addressed, including poverty, youth unemployment, illiteracy and lack of infrastructure. We need to give Liberians back their dignity, dreams and faith in a better future,” Mohammed said.

She also paid special tribute to the 202 peacekeepers who lost their lives in pursuit of peace in Liberia. “Today, we remember their sacrifice”.

On behalf of the Liberian authorities, Weah said: “UN has positively impacted the lives of Liberians as well as every fabric of the Liberian Society since its arrival in 2003.”         He acknowledged the hope the UN has given Liberians adding, “Liberia has to protect and sustain the peace”.

The statement said that UNMIL created a security environment that enabled more than a million refugees and displaced persons return to their homes; supported the holding of three presidential elections, and helped the government establish its authority throughout the whole country following years of fighting and instability.

The conflict in Liberia took a horrific toll in terms of gender-based violence, with estimated 80 percent of women and girls affected. However as soon as the UN mission was deployed, it prioritised the empowerment of women – to vote, to run for office and to join the police and other rule of law institutions, the statement said. PTI