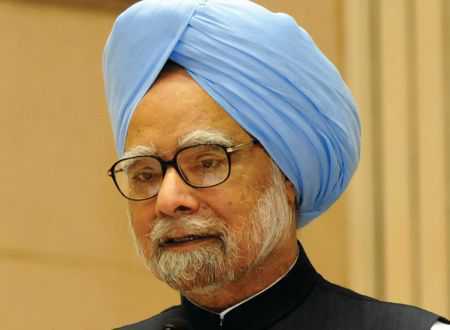 JAIPUR: Sole nomination of former PM Dr Manmohan Singh for the Rajya Sabha election from Rajasthan slated for August 26 was found valid as the scrutiny process completed today. Dr Singh is all set to be elected Rajya Sabha unopposed. Four sets of nomination filed by Dr Singh are valid after careful scrutiny by Chief Electoral Officer Anand Kumar and Proposer Dr Mahesh Joshi, who is chief whip in the Rajasthan Assembly. As there is one nomination for the vacant RS bypoll, the result will be announced after withdrawal date of August 19. OC

Jaipur: The father of a Dalit man who was allegedly beaten to death last month after his motorcycle hit a woman in Rajasthan’s Alwar district has committed suicide. Ratiram Jatav (60) reportedly consumed poison on Thursday, a month after his son died in a Delhi hospital. Harish (28) sustained serious injuries on July 16 after he was allegedly thrashed by a group of men when his motorcycle hit the woman.” PTI

New Delhi: Ratul Puri, nephew of Madhya Pradesh CM Kamal Nath, moved a Delhi court on Friday seeking cancellation of a non-bailable warrant against him in the AgustaWestland chopper case. Special Judge Arvind Kumar sought a response from the Enforcement Directorate and put up the matter for Saturday. Puri told the court that he wished to join the probe and, hence, the non-bailable warrant should be cancelled. PTI