NEW DELHI: The Supreme Court on Monday asked the Centre and states to respond in two weeks to a PIL demanding setting up of a web portal for filing RTI applications online. 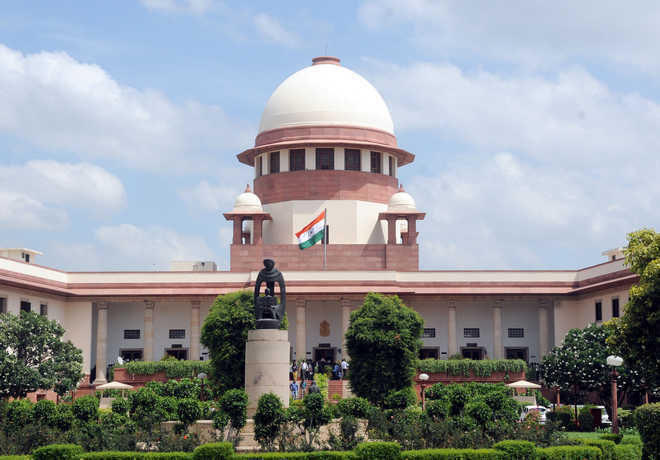 The petitioner submitted that the Right to Information Act was a “powerful tool” and its true objective could be achieved only by a timely response.

The Supreme Court on Monday asked the Centre and states to respond in two weeks to a PIL demanding setting up of a web portal for filing RTI applications online.

A bench headed by Justice NV Ramana—which had on August 26 issued notices to the Centre and states on a PIL filed by Pravasi Legal Cell on the issue—gave two weeks to them to file their replies after senior advocate Sanjay Hegde submitted, on behalf of the petitioner, that only 10 states had filed their response as of now.

It also gave two weeks for filing of a rejoinder to the petitioner and posted the matter for hearing after four weeks.

The petitioner wanted a facility to enable people to electronically file applications to seek information that they needed.

The Centre has established an online RTI portal in which any Indian citizen, including NRIs, can apply for information under the RTI Act with the desired ministry or department. The Centre had in 2013 requested state governments to explore the feasibility of implementing online RTI but only Maharashtra and Delhi have executed it so far, and in most states, RTI applications are filed though hand-written applications.

The petitioner submitted that the Right to Information Act was a “powerful tool” and its true objective could be achieved only by a timely response to citizens’ applications.

The NGO said it had approached the authorities concerned with a representation in March this year but no response was received.

“A person seeking information under the Right to Information (RTI) Act from any department of the state government, at present has to make a physical application and cannot do so through any electronic means,” the petition submitted.

It said that “online web portal will only help the Indian citizens including the Non-Resident Indians (NRIs) by speedy dissemination of information requested which in turn would only help in achieving the aim of the RTI laws of bringing transparency in administration”.

“The RTI Act is a powerful tool in the hands of Indian citizens and the true objective of the legislation can be achieved only by timely response to citizens’ request for government information which can only be achieved by making the entire application as well as appeal process online,” it said.

The plea said that in cases of NRIs, the present system of physical RTI applications makes it difficult, inconvenient, costly and attributes long delays in providing the desired information under the Act “which defeats the letter and spirit of the legislation”.

“The petitioner has approached this court in this Public Interest Litigation to address the problem faced by the citizens in obtaining information under RTI Act due to slow and conventional method of application process,” it said.

“It is also difficult for an NRI who is desirous of obtaining information from any department of the state governments at present since they have to undergo physical application process,” it said.