NEW DELHI: The Supreme Court on Monday asked khap panchayats not to behave like the conscience keeper of society, pointing out that a marriage between two adults was governed by the law. The SC bench made it clear that whether a marriage was null or void or illegal could be decided by the court under the law. 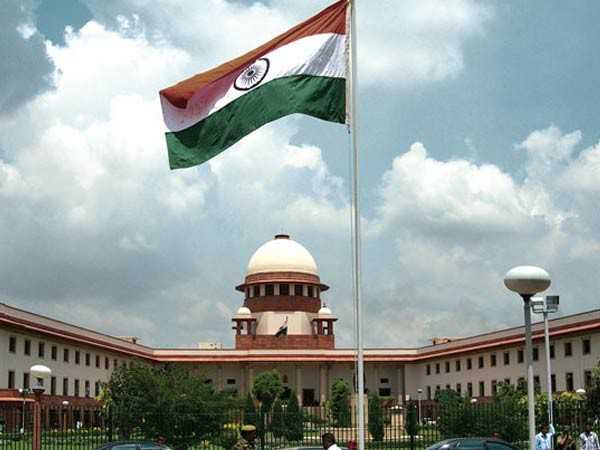 The SC has asked the Centre for suggestions to protect couples

The Supreme Court on Monday asked khap panchayats not to behave like the conscience keeper of society, pointing out that a marriage between two adults was governed by the law.

A bench headed by Chief Justice Dipak Misra said it would set up a high-level committee consisting of senior police officers to deal with issues relating to intervention in marriages by bodies such as khap panchayats.

"Whether the law prohibits or allows a particular marriage, the law will take its own course. Don't be the conscience keeper (of society)," the bench, also comprising justices A M Khanwilkar and D Y Chandrachud, said.

The observation came when a counsel representing a khap panchayat said it had been encouraging inter-caste and inter-faith marriages and referred to provisions of the Hindu Marriage Act which prohibit a union between 'sapinda' relationships or close blood relatives among Hindus.

The lawyer said the khap had been performing its duties as the conscience keeper of society.

"We are on a very fundamental issue. The marriage is between two adults and it is their choice. You cannot take the law into your own hands," the bench said, adding that khaps had "no business" (in such matters).

The bench also referred to several judgements, including the one passed in the sensational Nitish Katara murder case, and said, "Two persons marry. They are adults. The matter ends."

The bench made it clear that whether a marriage was null or void or illegal could be decided by the court under the law.

When activist Madhu Kishwar attempted to raise the issue of the recent killing in Delhi of Ankit Saxena, allegedly by his girlfriend's family members, the court said the matter was not before it.

The bench has now fixed the PIL filed by NGO Shakti Vahini for a further hearing next Friday.

"We will constitute a high-level committee of senior police officers to handle this (issue)," the court said.

The NGO had moved the court in 2010 seeking that the Central and state governments be directed to take measures for preventing and controlling honour crimes.

The apex court had earlier said attacks on those opting for inter-caste marriages were "absolutely illegal" and no khap panchayats, individual or society could question any adult woman and man marrying of their own choice.

Khaps are caste or community groups, present largely in rural areas of north India, which at times act as quasi-judicial bodies and pronounce harsh punishments based on age-old customs.

The court had pulled up the Centre for not taking the matter seriously and not filing its suggestions on the issue, saying that such panchayats or bodies could threaten adult women and men seeking to get married.

The apex court had also sought suggestions from the petitioner, Shakti Vahini, the amicus curiae and khap panchayats on the issue.

Senior advocate Raju Ramachandran, assisting the court as amicus curiae, had filed his suggestions and the Centre had sought time to submit its proposals.

Earlier, the court had invited khap panchayats to hear their views before issuing an order to stop them from harassing or killing couples purportedly to protect the honour of a family, caste, community or faith.

The Centre had pleaded with the apex court to put in place a mechanism to monitor crimes against women by khap panchayats, saying that the police was not able to protect such women.

The top court had also said as a pilot project, it would examine the situation in three districts of Haryana and Uttar Pradesh where khap panchayats were active.

Several cases of women and men falling victim to khap diktats have been reported over the years, particularly in states such as Haryana, Uttar Pradesh and Rajasthan.

In 2007, a Haryana court had awarded death to five people and sentenced one person to life for killing a couple on the orders of a self-styled khap panchayat for marrying against societal norms.

In April, 2015, the khap of Notara Bhopat village ordered a woman from Rajasthan to live with a man whose wife had eloped with her husband.

In 2014, a community panchayat in Uttar Pradesh banned girls from wearing jeans and keeping mobile phones, claiming that these had a "bad" effect on them and were responsible for sexual harassment incidents. — PTI