NEW DELHI: Almost 18 months after the Ministry of Defence gave the nod to get 464 new tanks of the T-90 series, the deal is set to be finalised and an order to be placed for making these tanks in India. 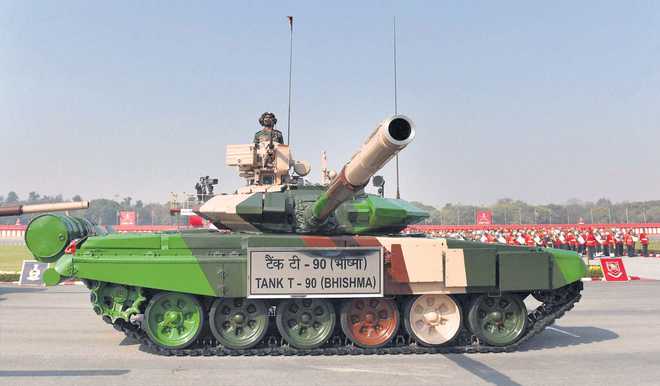 Almost 18 months after the Ministry of Defence gave the nod to get 464 new tanks of the T-90 series, the deal is set to be finalised and an order to be placed for making these tanks in India.

The T-90 is a Russian tank manufactured at Heavy Vehicles Factory in Avadi near Chennai, Tamil Nadu. Some parts of this war-machine will come from Russia to be integrated here.

The Rs 3,500-crore project to add these 464 tanks has been sent for formal approval of the Cabinet Committee on Security headed by Prime Minister Narendra Modi. The Defence Acquisition Council in the MoD had cleared the purchase in November 2016.

These tanks will be deployed on the western borders with Pakistan. These will form 10 new regiments, equipped with latest thermal imaging night sights and better firing abilities. India has already inducted some 1,100 T-90 tanks.

Indian Army has a 3,000-strong tank fleet — primarily T-90 and T-72. The T-90 deal was with Russia in 1999 for supply of 310 tanks. Later, the production of 1000 tanks was okayed. In the past, the local production of the tank faced problems over escalating cost and quality. The Avadi factory that is under the Ordnance Factory Board has tied up with leading Indian manufacturers for several components. The tanks are considered to be most advanced in the Indian inventory as they are equipped with sophisticated equipment.