Speaking to a news channel, founder president of Bajrang Dal Katiyar added more fuel to the ongoing controversy around the Taj Mahal, a UNESCO heritage monument, when he alleged that Mughal emperor Shahjehan had demolished a Shiv temple to build the Taj Mahal.

He however, made it clear that he was not advocating the demolition of the Taj Mahal on these grounds.

The controversy around the Taj Mahal started on October 15 when Sardhana (Meerut) BJP MLA Sangeet Som while addressing a gathering at Sisoli village described the Taj Mahal as a blot on Indian culture.

Displaying his ignorance of history by confusing Shahjehan with Aurangzeb, Som said the person who had built it had imprisoned his father.

He had even expressed his satisfaction at the CM Yogi government correcting a historical wrong by removing the ‘kalank katha’ (sullied stories) of Akbar, Babar and Aurangzeb from school textbooks.

However, CM Yogi was clearly not amused as the very next day he declared that the Taj Mahal was an important tourist draw and it was immaterial who built it. “It was built by the blood and sweat of Indian labourers,” he reiterated.

Incidentally, the Taj Mahal is a major revenue earner for the Indian government. Speaking in the Lok Sabha on July 19, 2016 the then union tourism and culture minister Mahesh Sharma had said that the monument had earned Rs 75 crore as revenue in three years of which only Rs 11 crore was spent on its maintenance during the same period. 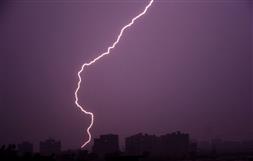