BJP leads in 6 of 11 assembly seats in UP

LUCKNOW: The Bharatiya Janata Party (BJP) is leading in six of the 11 Assembly seats in Uttar Pradesh where bypolls were held on October 21. 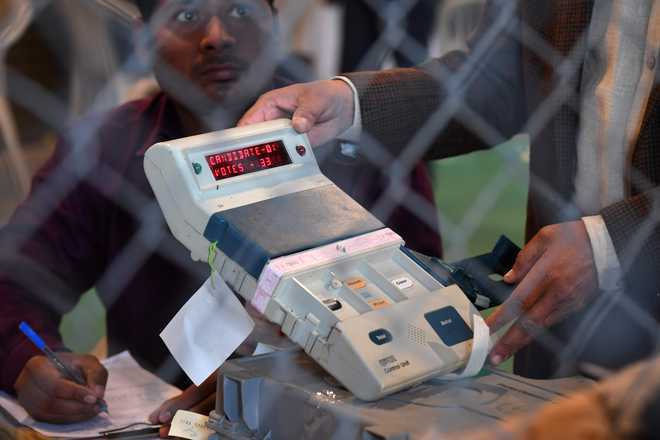 Photo for representational purpose only. AFP

The Bharatiya Janata Party (BJP) is leading in six of the 11 Assembly seats in Uttar Pradesh where bypolls were held on October 21.

The BJP is leading in Lucknow Cantt, Manikpur, Balha, Govind Nagar, Ghosi and in Pratapgarh where its ally, the Apna Dal candidate is leading.

The biggest surprise at this hour is that the Congress candidate Noman Masood is leading in Gangoh with a comfortable margin.

The Samajwadi Party (SP) is leading in Rampur where Tanzeen Fatima, wife of SP MP Azam Khan, is the candidate.

The Samajwadi Party is also leading in Zaidpur with a narrow margin.

The Bahujan Samajwadi Party is leading in Iglas and Jalalpur.—IANS