Use tech for growth, not destruction: PM

DUBAI: Prime Minister Narendra Modi today cautioned the world against misuse of cyberspace to ensure that it does do become a source of radicalisation. Technology should be harnessed as a tool for development, not destruction, he said. 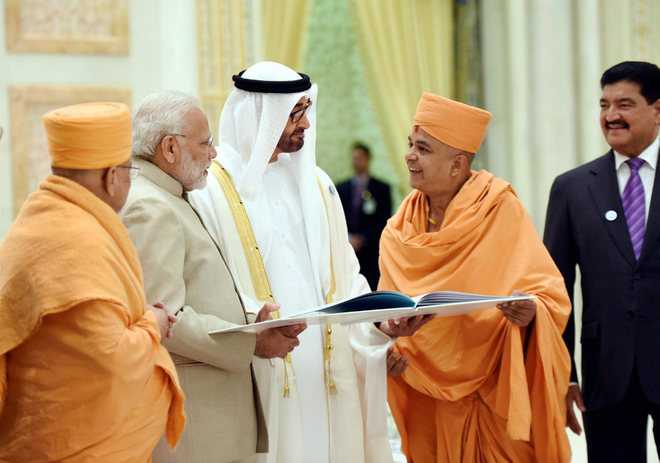 Prime Minister Narendra Modi today cautioned the world against misuse of cyberspace to ensure that it does do become a source of radicalisation. Technology should be harnessed as a tool for development, not destruction, he said.

During the course of his plenary address at the World Government Summit, Modi highlighted the importance of assimilating technology with governance to ensure equitable growth and prosperity for all. He emphasised the role technology was playing in India’s development.

Modi said the Centre had saved Rs 56,000 crore through Aadhaar-enabled direct benefit transfer of about 400 government schemes. Stating that technology plays a pivotal role in the growth of an economy, Modi said one tax structure or GST had been made possible in India only because of it.

Modi told audience that India was aspiring to assume leadership position in artificial intelligence, nanotechnology, cyber security and cloud computing. He received loud cheers when he referred to what he called the 5Es and 6Rs while talking about governance and technology.

Despite all the development, poverty and malnutrition could not been eliminated so far, he said. “On the other side, we are investing huge money, time and resources on missiles and bombs. We must use technology as a means to development, not destruction,” he told the gathering that included Sheikh Mohammed bin Rashid Al Maktoum, vice-president and Prime Minister of UAE and the ruler of Dubai. He expressed concern over attempts by some people to radicalise cyber space with the use of technology, referring to its use by jihadists to recruit cadres online.

India is the “guest country” at the sixth edition of the World Government Summit, which is being attended by over 4,000 participants from 140 countries. “It is a matter of pride for not only me but also the 125 crore people of India that I have been called as the chief guest at the summit,” Modi said.

He hailed the use of technology by the Dubai government, saying a desert has been transformed. “It’s a miracle,” he said, describing the Gulf emirate as an example for the world.

Hailing India’s satellite programme, he said the cost of the Mars orbital programme is Rs just 7 per km. —  PTI