Born in 1849 in Banaras (now Varanasi), Dyal Singh Majithia was a visionary philanthropist, known widely for establishing The Tribune, which heralded the new era of renaissance in Punjab. 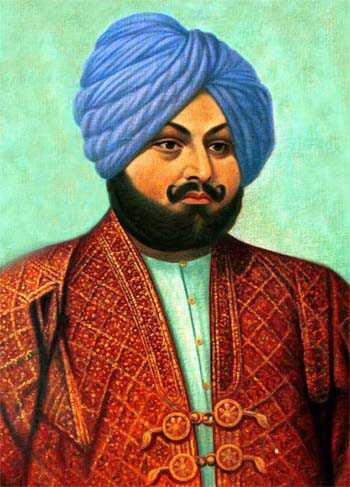 FOUNDER'S DAY: We offer our respectful tributes to Sardar Dyal Singh Majithia, who founded The Tribune this day 135 years ago.

Born in 1849 in Banaras (now Varanasi), Dyal Singh Majithia was a visionary philanthropist, known widely for establishing The Tribune, which heralded the new era of renaissance in Punjab.

He was the son of aristocrat Lahina Singh Majithia and his grandfather Desa Singh Majithia had served Maharaja Ranjit Singh with distinction. He was educated well in the Oriental and Western education in Banaras.

Despite being influenced by Western philosophy, he was a devout Sikh who was a reformer and gave new meaning to the Punjabi culture and education. He was among the pioneers who worked tirelessly to reconstruct self-respect and identity in the community following the British occupation of Punjab.

He understood that this goal could be achieved only through education. Breaking away from orthodoxy, he undertook steps for the mass education of Punjabi society. He was an exponent of the unity of Punjabi culture. While he studied Sikhism in depth, he had great reverence for Bhagavad Gita, Bible and Quran and advocated a composite culture delving deep into the secular fabric.

It was with this foresight that he established The Tribune in 1881. This was the first English newspaper in the region and soon emerged as the most prominent voice not only in the region but in the entire country. The Tribune built up the nationalist cause in Punjab and played a major role in the spread of education and scientific temper among the general public.

He was a landowner, trader of jewellery, pearls and diamonds and a nobleman. He helped in founding the Punjab branch of the Indian National Congress and Hindu reformist society, the Brahmo Samaj. He freely donated to aid students, journalists, reformers and teachers.

Apart from The Tribune, he built great institutions, belief systems and engineered the socio-political reforms in a Punjab that, at the time, was struggling to establish its identity.

His role was pivotal in founding the country’s first indigenous bank, Punjab National Bank, on May 23, 1894, and its first meeting was held at his residence in Lahore. He gave away all his assets for the formation of the bank. During the second meeting on May 27, 1894, Dyal Singh was appointed the Chairman and Harkishan Lal Secretary of the Board of the Punjab National Bank, which was registered on May 19, 1894, under the Indian Companies Act, with its office at Anarkali Bazar in Lahore.

It was his insight that saw people of great qualities coming on board for the functioning of the bank. A number of leaders of the freedom movement, including Harkishan Lal, Lala Lalchand, Prosanna Roy, EC Jessawala, Prabhu Dayal, Bakshi Jaishi Ram and Lala Dholan Dass were on the board of the PNB. “Punjab Kesri” Lala Lajpat Rai, who was one of the greatest freedom fighters, joined the bank as a member in 1904.

Dyal Singh belonged to the family that played a significant role in the history of the Sikh state founded by Maharaja Ranjit Singh. For three generations, the family provided Generals to the Maharaja’s forces, and Dyal Singh’s father was the head of the kingdom’s ordnance. His uncle, Gujar Singh, was deputed by the Maharaja to reach Calcutta on a diplomatic mission.

He donated liberally to Sir Syed Ahmed’s Anjuman-i-Islamia and set up a union academy at Lahore, the nucleus of Dyal Singh School and College. His whole life was spent giving away charity.

He was a pioneer in nation-building activities, such as the spread of Western education by founding Dyal Singh College and Dyal Singh Library and the establishment in 1881 of a daily paper in English, The Tribune.

In this respect, his is a significant role as one of the builders of modern Punjab. Dyal Singh died on September 9, 1898.