We meet criteria for preferential trade status, India tells US

NEW DELHI: India meets the criteria for trade concessions under the US Generalised System of Preferences (GSP), Foreign Secretary Vijay Gokhale said Thursday, asserting that it was up to Washington to take a call on the issue. 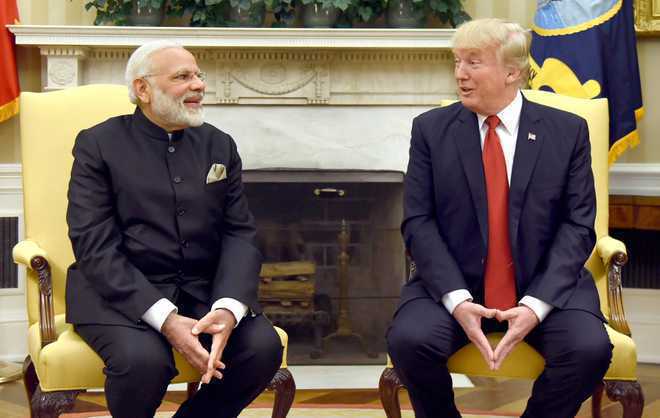 India meets the criteria for trade concessions under the US Generalised System of Preferences (GSP), Foreign Secretary Vijay Gokhale said Thursday, asserting that it was up to Washington to take a call on the issue.

His remarks came a day after a bipartisan group of 44 US lawmakers urged the Trump administration to reinstate India's designation as a beneficiary developing nation under the key GSP trade programme as part of a potential trade deal between the two countries.

The Trump administration terminated India's designation as a beneficiary developing nation under the GSP on June 5.

The GSP is the largest and oldest US trade preference programme and is designed to promote economic development by allowing duty-free entry for thousands of products from designated beneficiary countries.

Gokhale, at a press conference on Prime Minister Narendra Modi's upcoming visit to the US, said, "We have seen the letter written by these 40-odd Congressmen. It has always been India's position that GSP is a unilateral decision given by countries to other countries based on certain criteria."

"We are a developing country, we meet those criteria. I do not recall our ever stating, we are not interested in GSP. To my recollection the US unilaterally withdrew that concession from us," Gokhale said.

"Our position in the matter is clear, we believe that GSP is something which is important for our industry, but ultimately it is a matter for the US to take a call on," he said.

Modi is scheduled to arrive in Houston on Saturday.

A day later, Trump would join him in addressing the mega ‘Howdy Modi’ rally, to be attended by the members of the Indian-American community.

“Prime Minister Narendra Modi will make a visit to the US from the late afternoon of 21 September until the forenoon of 27 September. And the two cities on his itinerary are Houston in Texas and then New York,” Gokhale said.

The prime minister will address the UN General Assembly session on the morning of September 27, he said.

As the world commemorates Mahatma Gandhi’s 150th birth anniversary, Modi will also host a special event ‘Leadership Matters: Relevance of Gandhi in the Contemporary World’ on September 24. He will be joined leaders of a few countries at this event. — PTI