AFTER the Balakot airstrike, when India shed its &lsquo;strategic restraint&rsquo; and debunked the so-called invincibility of Pakistan (due to nuclear weapons), there were expectations of a larger national security debate. 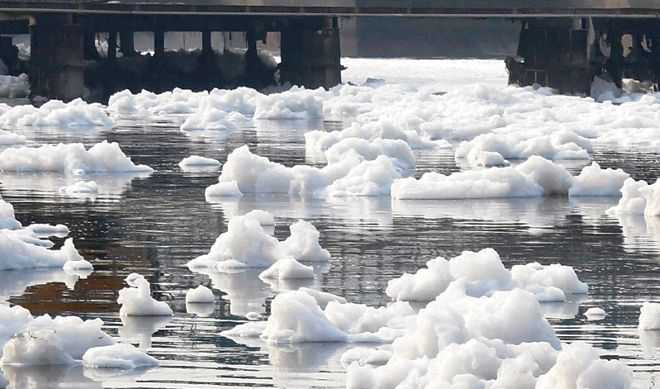 Foul froth: Pollution is also a security concern and should be a poll issue.

AFTER the Balakot airstrike, when India shed its ‘strategic restraint’ and debunked the so-called invincibility of Pakistan (due to nuclear weapons), there were expectations of a larger national security debate. Competing political elites were expected to raise national security consciousness and channel public opinion through the elections. Unfortunately, national security remains a low priority for them as evident during the just-concluded elections. Few politicians looked interested in educating and mobilising the electorate on key aspects of national security. Future policy deliverables may, therefore, miss out on legitimation and may not reflect popular viewpoint.

Concurrently, low level of education, prevalent role of caste and other identities in national politics and bombardment of the electoral market with imposed agendas make it difficult for people to get adequate sensitisation on national security. Except for some odd bravery stories, national security issues do not find a place in our school curriculum. It is, therefore, hardly surprising that the popular perception of national security is often coloured with emotionalism and even jingoism rather than rationalism.

Also, unlike the US, where the presidential debates test the lead candidates on key national security issues, parliamentary democracy in India implies a decentralised and autonomous electioneering. Except for some top political elites at the national level who push constructive narratives on ‘select’ aspects of national security, most political leaders keep national security imperatives at the margins in their discourse and instead mobilise public opinion on other day-to-day issues.

The basketful of local and regional political parties competing in the General Election have only enhanced the salience of non-security issues capable of meeting their political aspirations. India's security community largely consists of strategic thinkers, academicians, journalists, and retired diplomats, civil servants and armed forces officers.

In recent times, there has been institutional proliferation of think tanks, both in the public and private sectors. Yet, in most cases, they are unable to convey correct and saleable messages to the political elite or act as a significant pressure group pushing their agenda in elections. Many of these security community stalwarts shy away from the ‘pangs of electoral bout’. Further, very few politicians are active members of this fraternity, partly because of their variable academic background and also because it does not actually help them nurture their political constituencies.

Concurrently, issues related to national security do not form part of most citizens' worldview since they do not yield real time dividends or benefits compared to other electoral promises. As a result, the common ideational national security narrative committing all the stakeholders together is absent.

It is also a fact that our security identity is largely shaped by visible aspects of security like military security. We are also, perhaps, obsessed with Pakistan and do not invest in studying the more prominent threat coming from China.

Non-military aspects of security like development, pollution, environment, crumbling urban infrastructure, etc do not get adequate attention in our security discourse during electioneering. Did we see any narrative being pushed on froth and foul smell coming from Yamuna river in Delhi or containing the dangerous levels of air pollution in our urban agglomerates? Did we see any political leader promising preferential treatment to those thousands of small, little children living on our urban pavements and securing their future? We ignore such vital issues in elections due to our overt reliance on visible aspects of security and experts who specialise in drafting militarised national security manifestos.

Some western scholars had alleged that India does not have any traditional strategic culture and that Indians (including the political class) lack the capacity of strategic thinking. However, multiple instances (including the Balakot momentum) should put such false assumptions to rest. What is worrying is that while India is generating material preponderance due to the healthy economic growth, there is no unanimity of norms, identities and culture of national security. The once consensus-based politics in national security has given space to an ‘age of fracture’ and rhetorical competition. As a result, we are witnessing an under-developed culture of national security, where political elites are shying away from presenting and marketing ‘alternative versions’ of India's national security perceptions to the global audience through elections.

Democracies are supposed to provide the widest possible legitimation mechanism through elections. During the last US presidential election, Donald Trump asked for popular mandate for constructing a wall along the Mexico border. It was a controversial proposal but does have popular approval. In India, we often miss out such moments and do not discuss key issues like Pakistan or China and engender public support for possible conflict resolution contours with these hostile countries. Unless we discuss these issues in elections, subsequent conflict resolution attempts in corridors of power may not reach a logical milestone for fear of popular disapproval.