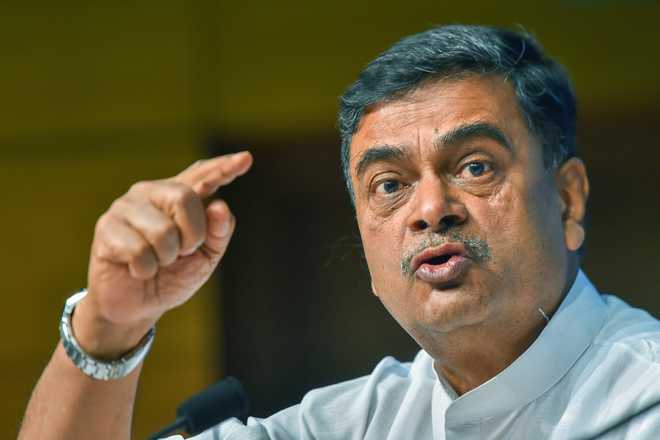 Singh, who was addressing the press in Hyderabad on Monday, said his government, as part of the policy, was considering a Bill that focuses on consumer rights. The new power policy, currently under the Union Cabinet’s consideration, envisions what he calls “path breaking power tariff”.

"In that, I am laying down for the first time in the power sector, a Bill of Rights of Consumers," he said.

The rights include 24X7 power supply to consumers and in case of any load shedding, penalty would be levied on distribution companies (discoms) and credited into consumers account, Singh told reporters here.

Any disruption in supply—such as transformer going off—has to be attended to within a certain timeframe laid down by the regulator. If not the distributor risks facing a penalty, Singh said.

He said the discoms cannot pass on the burden of their inefficiency (on the consumers).

"Like if the discom is making higher losses then it cannot increase the tariff. We are saying that losses of only up to 15 per cent can be passed into tariff. We are also coming out with a system whereby you (consumer) can choose your supplier."

On the row over renewable power tariffs in Andhra Pradesh, Singh said: "What happened was unfortunate. I spoke and wrote to Reddy (Andhra Pradesh Chief Minister Y S Jagan Mohan Reddy). What has transpired is exactly what I feared (affected flow of foreign investments into the sector)."                "When I wrote to him I told him that people come and invest in this country with the faith that any contract they sign will be honoured. If you start abrogating contracts, then people will stop coming and investing," Singh said.

According to him, the world sees India as a country where the renewable energy capacity is growing and will grow.

"That was because our legal systems were clear and contracts signed. I had told him (Reddy) that this will disrupt the investments and that has happened," Singh said.

"Our stand is very clear that if you (Andhra Pradesh government) come across any illegality and if there is any concrete evidence of any illegality, then you take action as per law. But you cannot (do it) across the board without any material (to) re-open all contracts...you can't do that." The Andhra Pradesh government had earlier initiated an exercise to review power purchase agreements.

On reports of "Rs 2,000 crore dues from discoms to renewable companies", Singh said: "I have had discussions with the state government and I am confident they will pay".  He said the government would electrify all remaining—some pockets in Chhattisgarh's Bastar region and some in desert areas of Rajasthan—households by December 2019. PTI