NEW DELHI: SC/ST students of Delhi Government schools will continue paying Rs 50 as CBSE board exam fee and the rest of the revised amount, which comes to Rs 1,150, will be paid to the board by the city government, the Central Board of Secondary Education said on Tuesday. 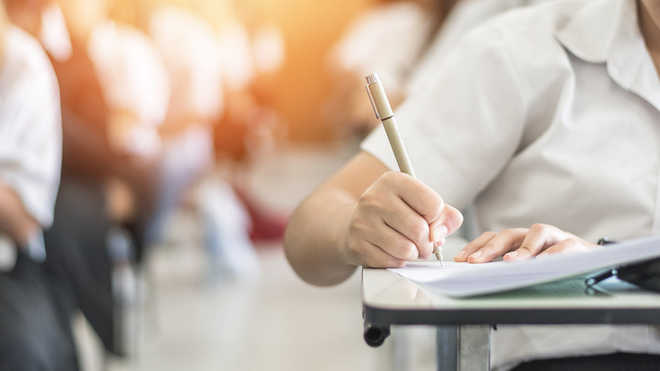 SC/ST students of Delhi Government schools will continue paying Rs 50 as CBSE board exam fee and the rest of the revised amount, which comes to Rs 1,150, will be paid to the board by the city government, the Central Board of Secondary Education said on Tuesday.

The decision for giving the relief to the Scheduled Caste and Scheduled Tribe students here was taken following a direction of the HRD Ministry, CBSE secretary Anurag Tripathi said.

“On directions of the HRD Ministry, the board has decided to restore the practice of charging only Rs 50 from schools for SC and ST candidates of Delhi Government schools for 10th and 12th Board examinations. For the payment of difference of increased fees per candidate, the board will take up the reimbursement with the state government once number of candidates is finalised,” Tripathi said.

The fees for general category students for Classes 10 and 12 were doubled from Rs 750 to Rs 1,500 for five subjects.

For the Scheduled Caste (SC) and Scheduled Tribe (ST) students, who were paying Rs 375 earlier, the fee was raised to Rs 1,200.

Under a special arrangement in the national capital, these students were only paying Rs 50, while the Delhi Government was paying the rest of the amount as subsidy.

According to the revised norms announced last week, the SC/ST students were required to pay the entire amount to the CBSE and subsidy, if any, was termed as an “internal arrangement” between schools and students.

“To avoid any hassle to students of paying the whole amount and then seeking any reimbursement, the facility has been restored,” Tripathi said on Tuesday.

Earlier in the day, the CBSE had reached out to the Delhi Government officials, urging them to ensure that the burden of the hike in examination fees is not passed on to students.

Deputy Chief Minister Manish Sisodia on Monday said he had directed the education department to work out a formula so that the students did not have to bear the burden of the increased fees.

Noting that the Delhi Government was the biggest stakeholder for the CBSE in terms of number of students, Sisodia said if things continued like this, the government might consider having its own board. — PTI