JALANDHAR: Alleging widespread corruption in the disbursal of post-matric scholarship funds in the state, Lok Insaaf Party (LIP) MLA Simarjit Singh Bains today released a helpline number (7009055421) which will help Dalit students who are facing problems in receiving the benefits of the scheme. 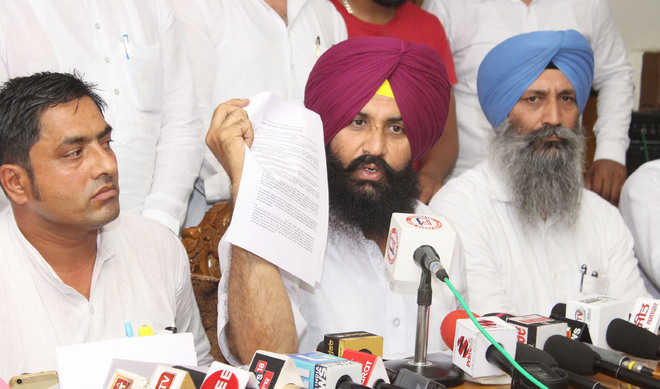 Alleging widespread corruption in the disbursal of post-matric scholarship funds in the state, Lok Insaaf Party (LIP) MLA Simarjit Singh Bains today released a helpline number (7009055421) which will help Dalit students who are facing problems in receiving the benefits of the scheme.

Inviting Navjot Singh Sidhu into the third front again, Bains simultaneously termed him a “coward” for refusing to stand up against Amarinder. He said, “We had expressed apprehensions since the beginning that he wouldn’t be treated well in the Congress. Sidhu should take a bold stand on this. Though he is honest and I respect him, he is fearful. He should take a bold stance. He should not speak much, but take a stand on what he says.”

Speaking on speculations on who shall contest the Phagwara byelection following MLA Som Parkash’s win in the Lok Sabha polls, Bains said the LIP was the rightful claimant of the seat although the issue hadn’t been discussed in the PDA yet. Notably, both the BSP and LIP have laid claims on the seat. Bains said LIP candidate Jarnail Singh Nangal got 33,000 votes in Phagwara in 2017. However, he said anything would only be finalised after a discussion.