NEW DELHI: After onion, retail price of tomatoes shot up to Rs 80 per kilogram in the national capital on Wednesday due to supply disruption caused by heavy rains in key growing states, including Karnataka. 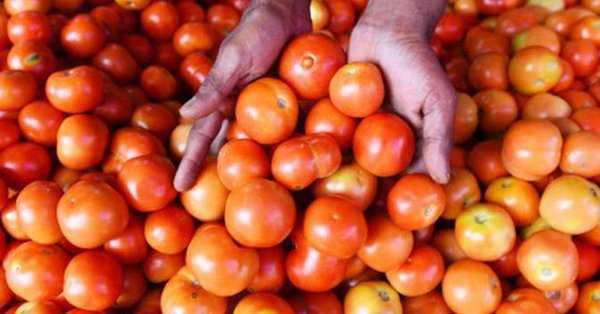 After onion, retail price of tomatoes shot up to Rs 80 per kilogram

After onion, retail price of tomatoes shot up to Rs 80 per kilogram in the national capital on Wednesday due to supply disruption caused by heavy rains in key growing states, including Karnataka.

However, the price of onions has come down marginally compared to past week and is now hovering around Rs 60 per kg in the national capital.

According to traders, tomatoes have turned costlier in the last few days as supplies have been impacted.

At Mother Dairy’s Safal outlets, tomatoes are being sold at Rs 58 per kg, while local vendors are selling between Rs 60 and 80 per kg on Wednesday, depending on the quality and locality, they said.

As per the central government data, the average retail price of tomato in Delhi increased to Rs 54 per kg on Wednesday from Rs 45 per kg on November 1.

“Tomato prices have increased sharply in the last few days as the supply has been affected because of floods and heavy rains in the key growing states,” a wholesale trader at Azadpur Mandi told PTI.

Southern states like Karnataka and Telangana as well as some hilly states have witnessed rains in the last few days, which has led to damage of the crop, creating a supply disruption, he added.

Retail price of tomatoes in other metros were also ruling high. Tomato was quoted at Rs 60 per kg in Kolkata, Rs 54 per kg in Mumbai and Rs 40 per kg in Chennai on Wednesday, as per the government data.

Meanwhile, price of onions in retail markets in Delhi has come down to below Rs 60 per kg due to increase in supply of the bulb by the central government through cooperatives Nafed, NCCF and Mother Dairy. These cooperatives are selling onions at a cheaper rate of Rs 23.90 per kg.

However, the price is still on the higher side in the retail market.

These entities are selling onions from the buffer stock maintained by the central government. Out of 56,700 tonnes of onion stored as buffer stock, 18,000 tonnes have been offloaded in different markets, including Delhi. —PTI