NRI offers help in generating power from stubble in Punjab

CHANDIGARH: To address the problem of the stubble burning, an India born NRI businessman has proposed to set up 1,000 MW biomass energy generating plants in his home state Punjab. 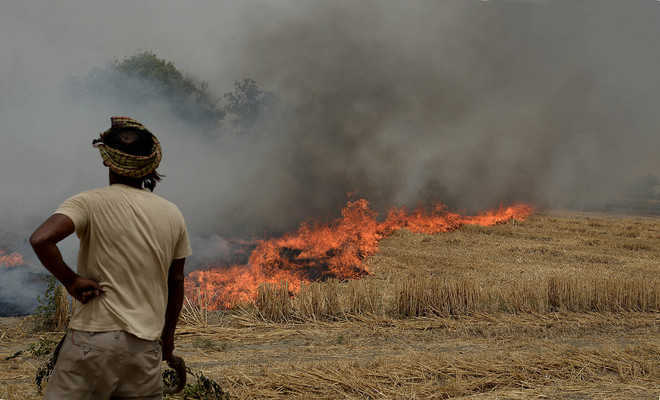 To address the problem of the stubble burning, an India born NRI businessman has proposed to set up 1,000 MW biomass energy generating plants in his home state Punjab.

The US-based Chiranjeev Kathuria told IANS here on Friday that his company New Generation Power International has plans to invest in 4,000 MW in power projects in Punjab.

Out of these projects, 3,000 MW would be generated by the solar power and the remaining by using the biomass made from the stubble of both paddy and wheat crops.

According to him, the crop residue would be purchased from the farmers and this would help counter environment pollution, a serious problem in the northern India. The plan is to set up 200 plants, each having 5 MW capacity, which will use the stubble as raw material.

This will help in solving the stubble burning issue. Each plant will be located strategically near a major sub-station and will cater to 10-15 villages, he said.

State Revenue Minister Gurpreet Kangar said the power produced by the plants set up would be fed directly into the main grid.

The Punjab State Power Corp Ltd will get the benefit of this additional power.

This initiative will cost about Rs 25,000 crore and will be set up by Kathuria on build-operate-and-transfer (BOT) format, the Minister said.

The power subsidy of the state government will be ultimately reduced to just Rs 500 crore in the long run.

"When we explained our problems to Kathuria he went two steps ahead and offered us few permanent solutions," Kangar said.

"Given his achievements in the solar power sector and his ability to generate energy through new methods, I was convinced that by taking advantage of Kathuria's long expertise in this field, we would be able to save the environment from the pollution and dispose the stubble in a greener way," the Minister added.

The power project will help in meeting two big objectives. While on one hand it will improve the condition of the state exchequer, on the other hand it would also be able to permanently eliminate the problem of smog, which has been affecting the air quality of Punjab as well as the surrounding states and also the National Capital Region (NCR), he added.

Agriculture officials told IANS that every year after post paddy harvest, Punjab faces the challenge of managing nearly 20 million tonne of paddy straw. Going by estimates, about 85-90 per cent of this paddy straw is burnt in the fields.