CHANDIGARH: The statements by Pakistan Railway Minister Sheikh Rasheed Ahmad on his country possessing ‘smart bombs that target Hindus only’ have left the Twitter in splits. 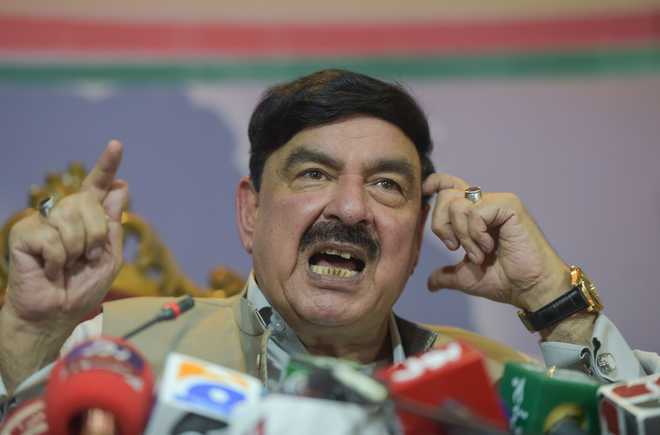 He fuels laughter on the social media and he is back at it. The statements by the Pakistan’s Railway Minister Sheikh Rasheed Ahmad on his country possessing ‘smart bombs that target Hindus only’ had literally bombed the Internet with laughter.

In his recent interaction with the media Rashid said that Pakistan has tactical nuclear weapons as small as 125-250 grams which are capable of destroying a targeted area amidst fresh Indo-Pak tensions over Kashmir.

The twitter lapped it up and laughter riot followed. Here are some of the hilarious comments.

Is he talking about tamatars?

For one pao I will offer one ton of tamatar, chalega Rasheed? 😂

The minister, who suffered an electric shock on Friday while speaking against Prime Minister Narendra Modi at a rally during the “Kashmir Hour”, said that if a war was imposed on Pakistan, India would be divided into 22 parts.

Tensions between India and Pakistan have escalated after New Delhi on August 5 revoked Jammu and Kashmir’s special status and bifurcated it into two union territories.

Rasheed claimed that India committed “two blunders”: Firstly, conducting atomic explosions with a wrong perception that Pakistan would not do so; secondly, it scrapped special status of Kashmir on August 5, believing Kashmiris would not react to it.

Rasheed said while Pakistan was following the policy of peace, India had adopted an aggressive strategy. — With PTI